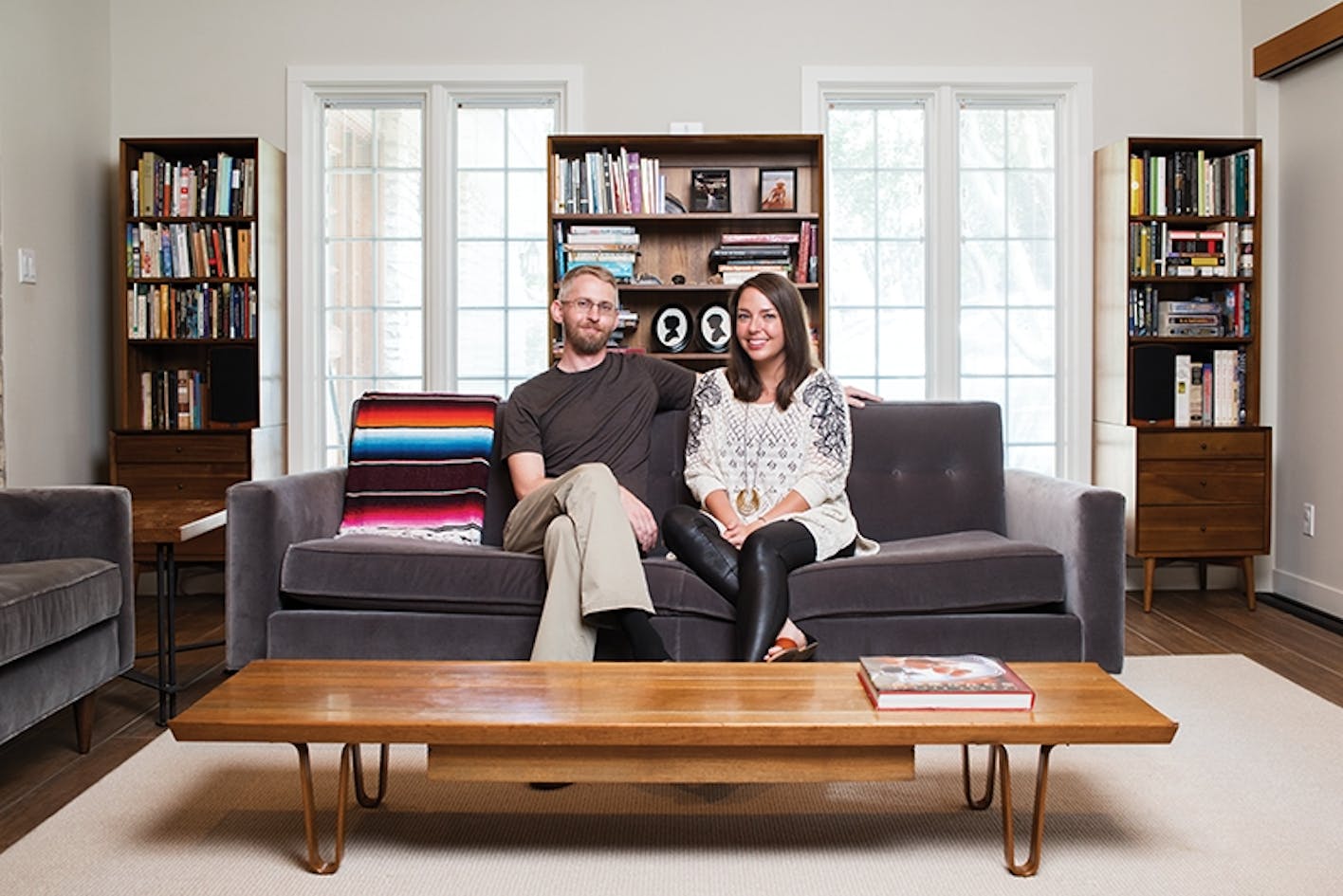 Diana and Michael Graham love everything about their Rollingwood home. They delight in the open floor plan, which is the result of a 10-month renovation project in 2013. They enjoy the folding glass NanaWall that allows them to see outside from their living room. They appreciate all of the new furniture and decor that interior designer Amy Jameson picked out for them.

But what the Grahams especially love is the location of their home, which sits immediately next to one of the city’s most iconic attractions.

“The neighbor on one side is Zilker Park,” Michael says. “So there’s nobody to keep up late at night if we decide to throw a party, which we like to do.” 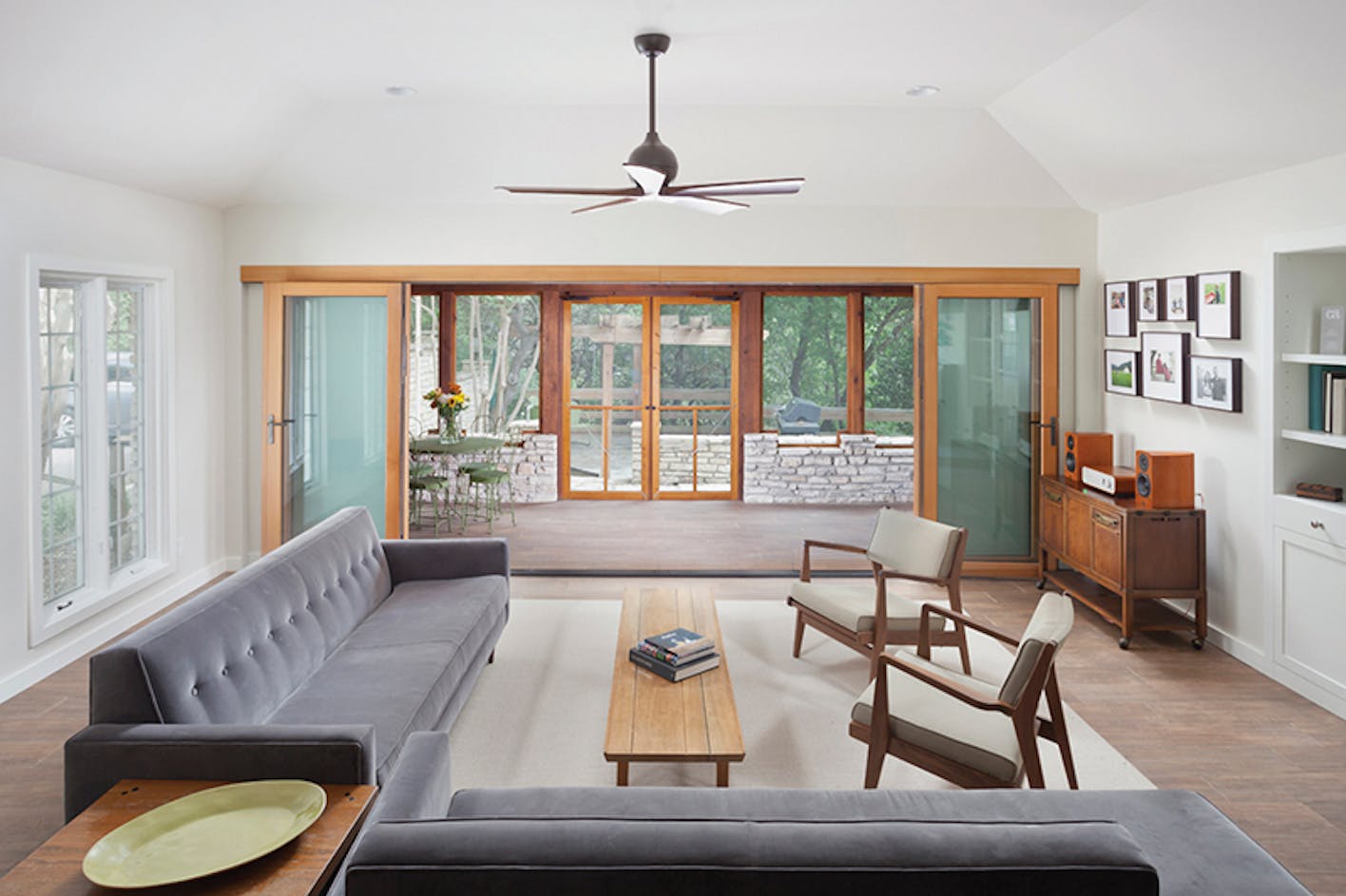 Oh, if these walls could talk. The home, which was originally built in 1982, is the unofficial birthplace of Austin Beerworks. Michael, who grew up in adjacent Westlake and bought the ranch house in 2006, was living there with his brother and a cousin when he co-founded the now ubiquitous local craft beer company with three partners in 2011.

Test batches of beer covered the kitchen counters, and the smell of hops and lager “permeated in the walls,” Michael says. The home’s dated white porcelain tile and gold accents didn’t bother him or his late twentysomething roommates, who were more interested in debauchery than decor. 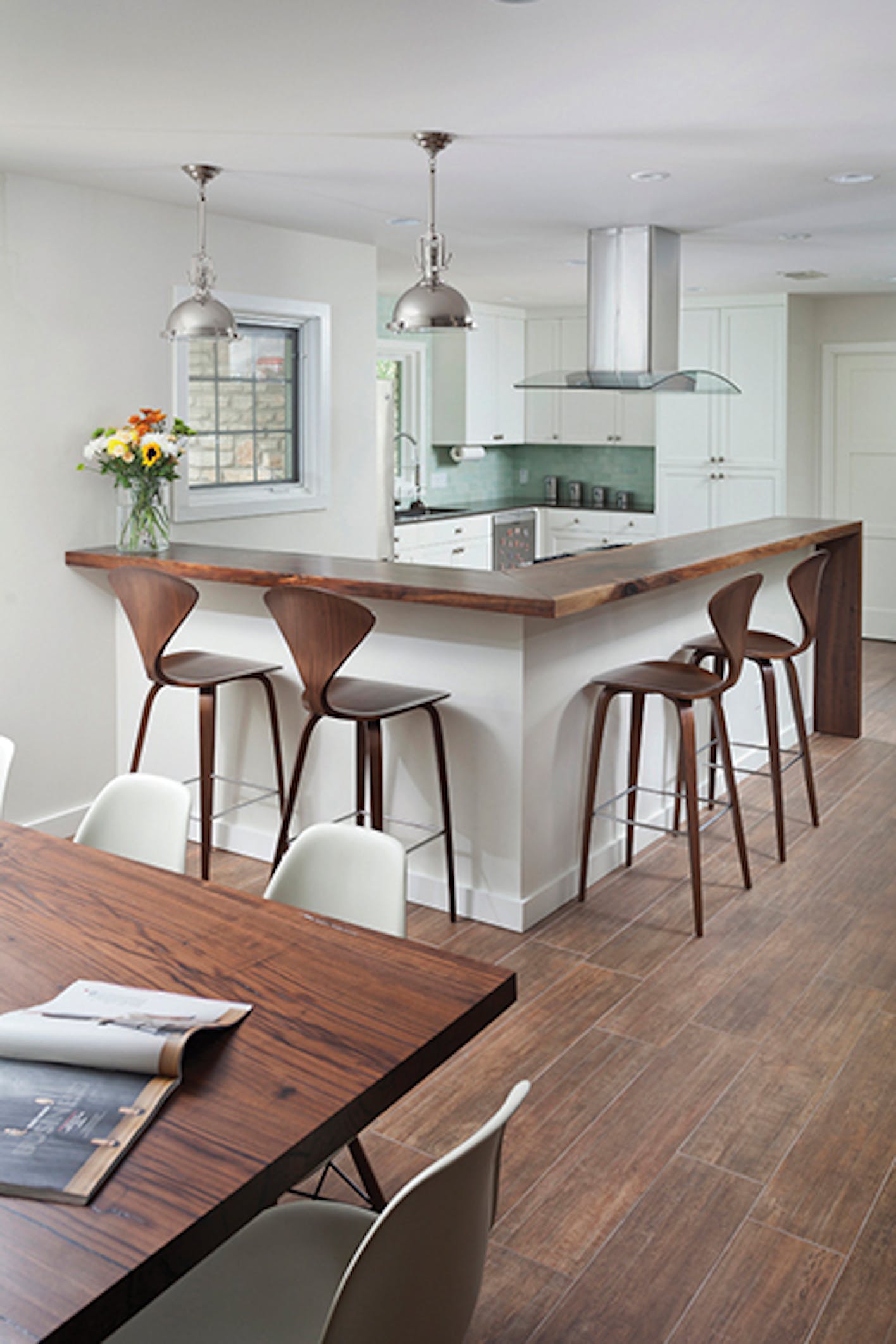 “It was a family bachelor pad for a few years,” he says.

After Michael and Diana got married in 2012 and decided to start their family, the Grahams knew the house needed to be updated. Under Jameson’s direction, the remodel included gut-renovating the kitchen and both bathrooms, knocking down a wall and fireplace in the living room and installing the NanaWall there, buying all new furniture, replacing the antiquated tile throughout the house, adding a screened porch and converting the two-car garage into a media and laundry room. The changes expanded the 1,900-square-foot home to 2,600.

Today, the home is better suited for babies and toddlers than bachelors. (The Grahams have two children: 3-year-old son Eli and 1-year-old daughter Cora.) The completely redone kitchen features a revamped layout, all new appliances and a peninsula with a walnut countertop and handsome waterfall edge.

Because of the new open floor plan, the Grahams can now be in the kitchen and keep an eye on the kids in the dining room and living room. The former is anchored by a banquette (built by A.R. Lucas Construction Co.) and a walnut-and-steel dining table (fabricated by Eddie Myers Design) that were designed by Jameson. The adjacent living room has been outfitted with the plush Bantam sofa and studio sofa and the Jens chair from Design Within Reach. All of the furniture has a midcentury modern look that Jameson chose after seeing that Michael owned an old-school record player and stereo system.

“The clean lines and the simplicity of the furniture seemed to really work well with their personality,” she says. 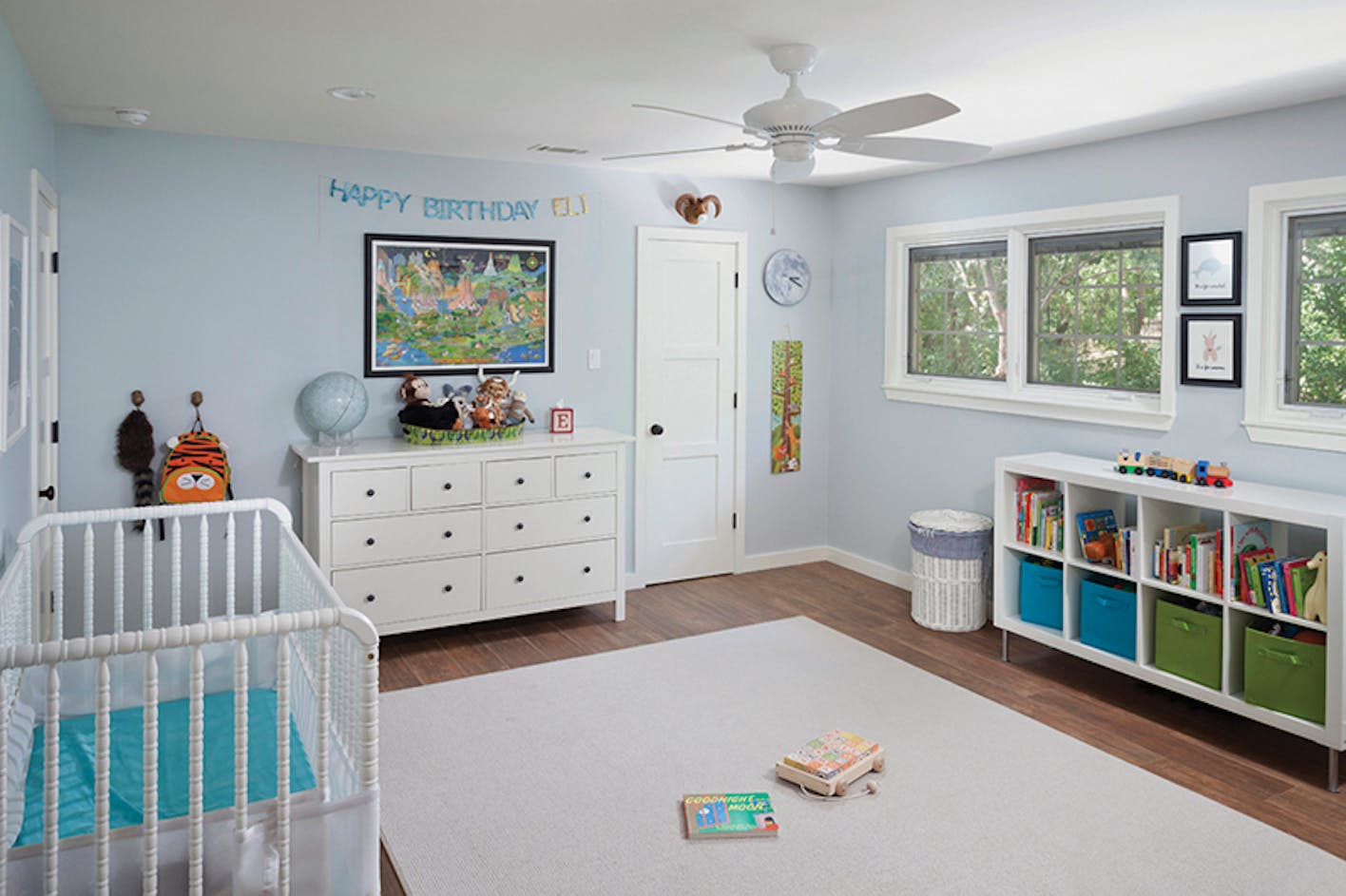 But the Grahams’ favorite feature of the house is the NanaWall that folds and opens, allowing the family access to the screened porch, which they use for entertaining and stroller storage. Even when closed, the glass NanaWall allows the Grahams to see what they hadn’t been able to previously.

“It changes the whole character of the house,” Michael says.

Adds Jameson, “They can open the entire house up and have this huge wonderful space that brings the outdoors inside. It’s a lovely mesh of the two environments.”

The updated home arguably is a better place to throw a party now. The kind of party—and party guests—are just different. Instead of rollicking ragers for twentysomethings, the Grahams throw birthday bashes for toddlers.

“Right before our son’s first birthday party, I had Michael take eight empty kegs out of our backyard,” Diana recalls. The kegs were remnants of days gone by. “That’s the type of house it was.”