How we'll LIVE: Architects predict changes in tastes over the next 10 years 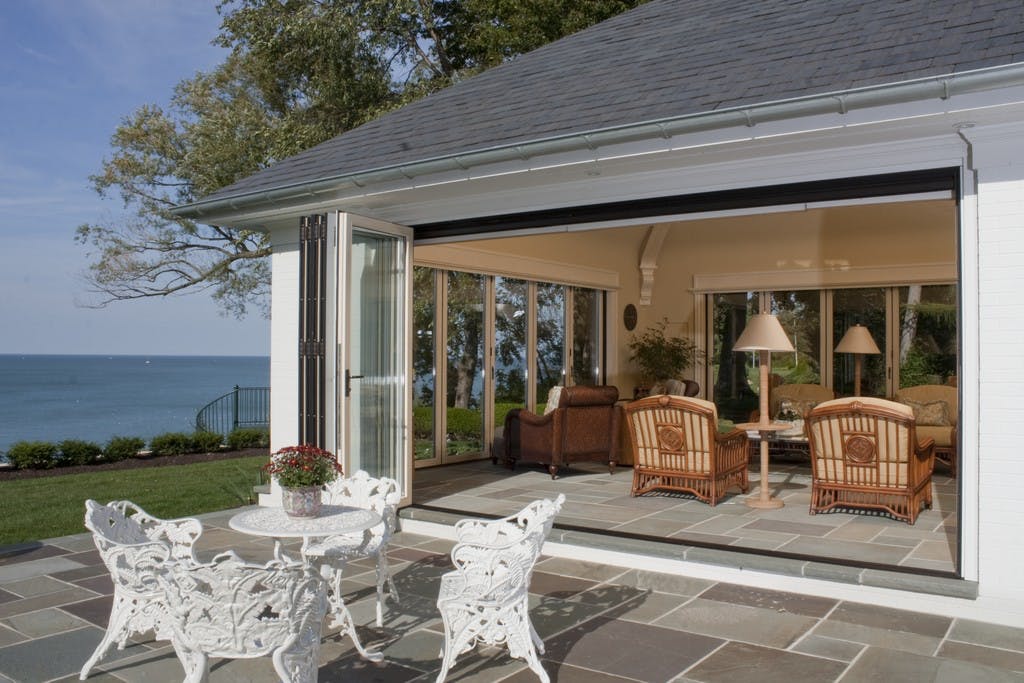 When he thinks about homes of the future, Columbus architect Gary Bruck turns to parking spots suited to drones, food-tracking pantries and houses built by 3-D printers.

But, adds the partner in Sullivan Bruck Architects: “Who knows?”

The world of home design and technology is changing so rapidly that any predicting of trends is indeed risky.

Just a decade ago, generating electricity from roof shingles, locking a door from overseas or building homes from shipping containers would have seemed straight out of “The Jetsons.”

So, to get a sense of where things are headed, The Dispatch asked central Ohio home designers the question that the American Institute of Architects asked in a recent survey: What do you think will be the most significant home design trend in the next 10 years?

For the most part, the Columbus-area observers skipped sci-fi gizmos in favor of broader trends — especially those reflecting bright, modern and efficient homes deeply connected to the outdoors.

Five specific themes emerged from the responses, with many of them also mentioned in the national survey:

Central Ohio clients, according to several architects, are gravitating from conservative tastes to the sleek and simple lines of modernity.

“I am seeing an increased demand for modern design,” said Kent Thompson, owner of archignition studio in Marble Cliff.

“One of the biggest benefits of modern design is the added sunlight due to larger windows and floor-to-ceiling windows.”

Worthington designer Jim Wright agreed, although he noted that modern designs run into obstacles from some municipalities.

“The design review boards, architectural review committees and municipality appearance codes are going to have to find a way to accommodate and integrate this changing style trend."

Architects anticipate that homeowners will shift from traditions in other ways as well.

“Sites like Houzz and Pinterest are making architecture and design ideas so much more accessible,” Columbus architect Jamee Parish said. “A lot of my clients are stepping away from the ‘vanilla choice’ in general. They are excited about doing something more fun, creative and representative of who they are and how they live.”

Informality will also be mirrored in a growing connection to the outdoors.

Although most homes are still built fundamentally the way they were 50 years ago, the pieces are expected to continue to improve.

“How many things can affect your daily well-being the way natural light can?” he said.

Wright thinks environmental concerns will start to move people away from wood, stone and other such elements.

“I fully expect a ‘natural products’ backlash for some age sectors of the market to begin in the next few years,” he said.

The popularity of mature, walkable neighborhoods is viewed as having an ongoing effect.

“My clients prefer the older neighborhoods with character,” Taylor said, “and are remodeling or adding to those homes to make them fit their lifestyles better.”

“The majority of my clients aren’t adding much space, but they’re upgrading finishes everywhere in the house,” he said.

The biggest influence on home design might come from baby boomers as they age, some respondents said.

“The big story over the next 10 years,” Wright said, “will be the accommodation of extended families in a single-family home.”

“Features such as first-floor master suites, first-floor laundry rooms and larger door openings that allow for use of mobility devices are examples.”