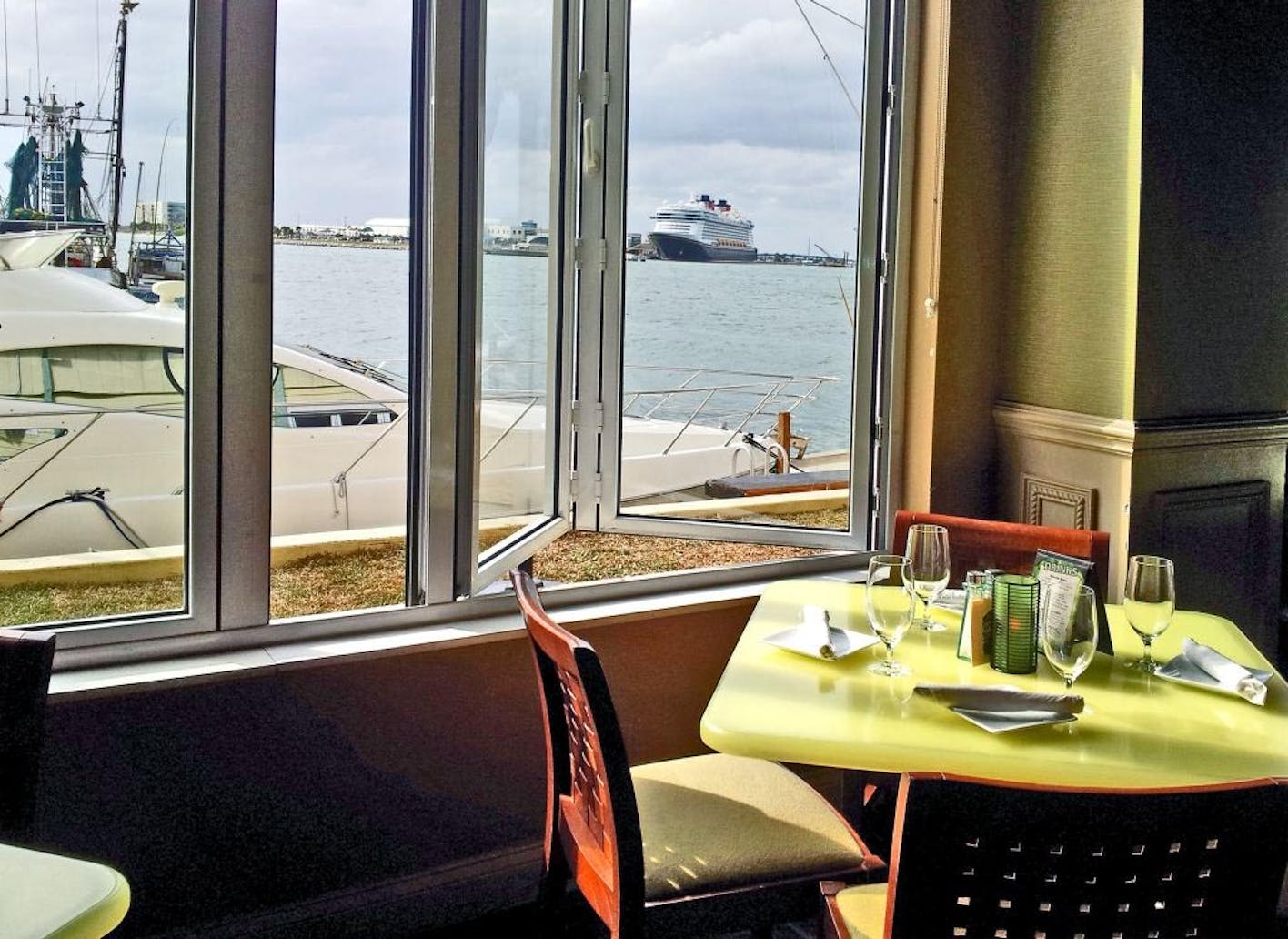 It was a warm Florida afternoon in the middle of March and I was dining at Milliken’s Reef restaurant in Port Canaveral. It’s sort-of an upscale seafood and steak restaurant with wonderful views of the port. So there I was enjoying my lunch when a gigantic cruise ship – perhaps the largest in the world – floats in, so close I could reach out and touch it. Milliken’s Reef is apparently a great location for watching cruise ships come in and out of the port. The restaurant is at sea level so the ships appear to loom over you. They look especially impressive at sunset with their lights turned on, making for very relaxing afternoons and evenings overlooking the water, having a drink and watching boats and cruises go by. No matter where you’re seated inside, there are so many folding NanaWall windows you’re guaranteed a good view of the ocean. Milliken’s Reef is on the Atlantic and faces water on both sides, so they installed NanaWall panels with impact resistance in all 13 openings, allowing the interior of the restaurant to interact with the exterior environment.  The walls celebrate the natural light and views provided by the location. I later found out that the cruise ship I observed at the port was actually the new Disney Fantasy ship, sailing into Port Canaveral from across the Atlantic. Although it’s not the largest cruise ship in the world, it is a total of 1,115 feet long with a massive 130,000 ton vessel and 14 towering decks. It’s built upon the classic ship style of early 20th century design, the golden age of cruising, but features state-of-the art modern technology. No wonder I was so impressed.