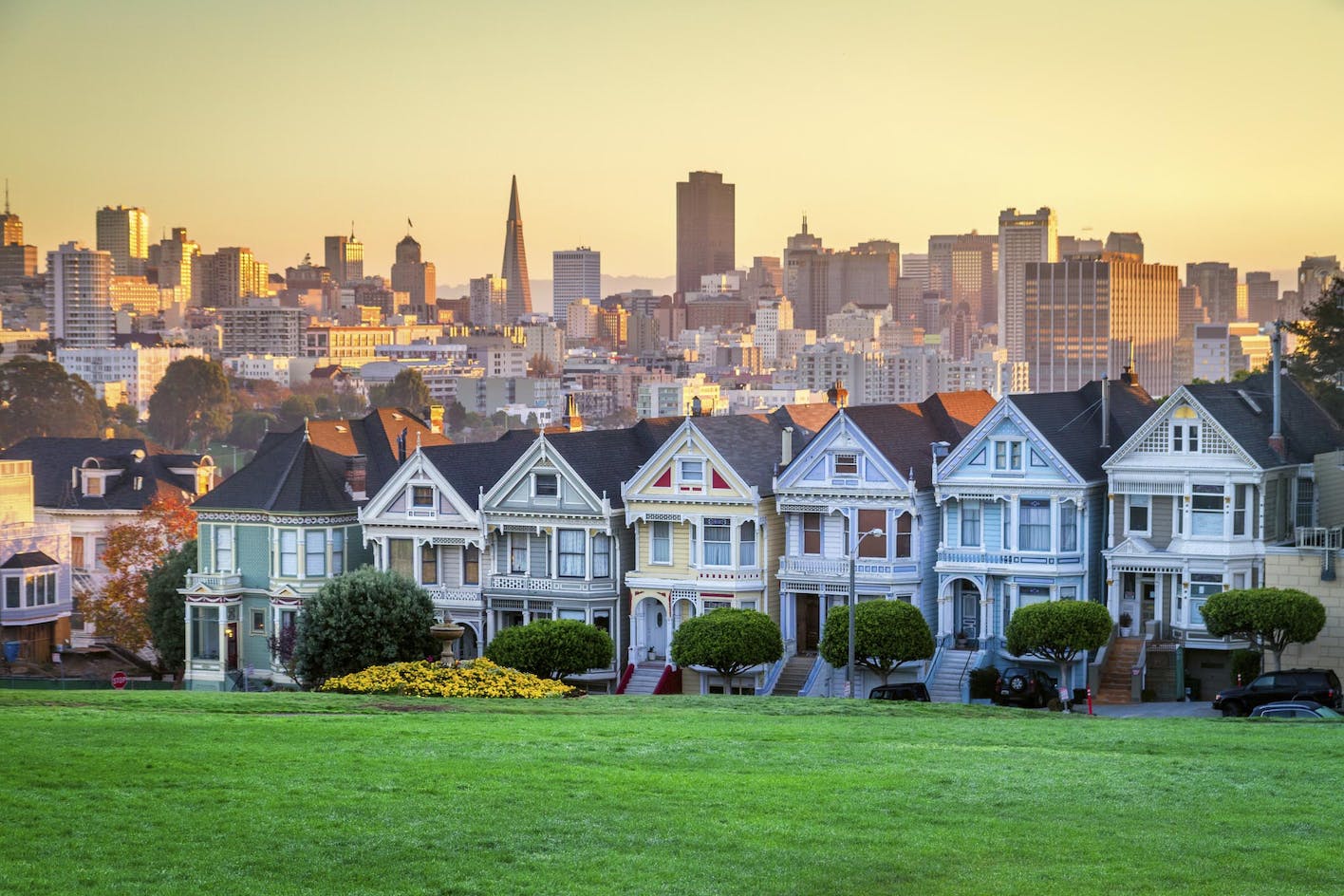 The famed Painted Ladies of San Francisco is an iconic landmark representing our City by the Bay (or as us locals call it, The City). When you think San Francisco, you think Golden Gate Bridge, Coit Tower, Lombard Street, a city known for great food and wine, the 49ers, the foggiest summers ever, and of course, the colorful row of Victorian homes, the Painted Ladies. The Painted Ladies are so popular that they have their own Twitter feed #PaintedLadies and even a dedicated Yelp page. Go figure.

The Painted Ladies are located on Steiner Street on the block between Grover and Hayes Streets and across from Alamo Square Park. These homes also referred to as the Seven Sisters, were designed and built by Matthew Kavanaugh between 1892 and 1896. These Victorian-style houses were some of the thousands that were built in San Francisco during the latter end of the nineteenth century. Unfortunately, the 1906 earthquake destroyed much of this architecture but this style of home remains in neighborhoods spotted throughout the city. 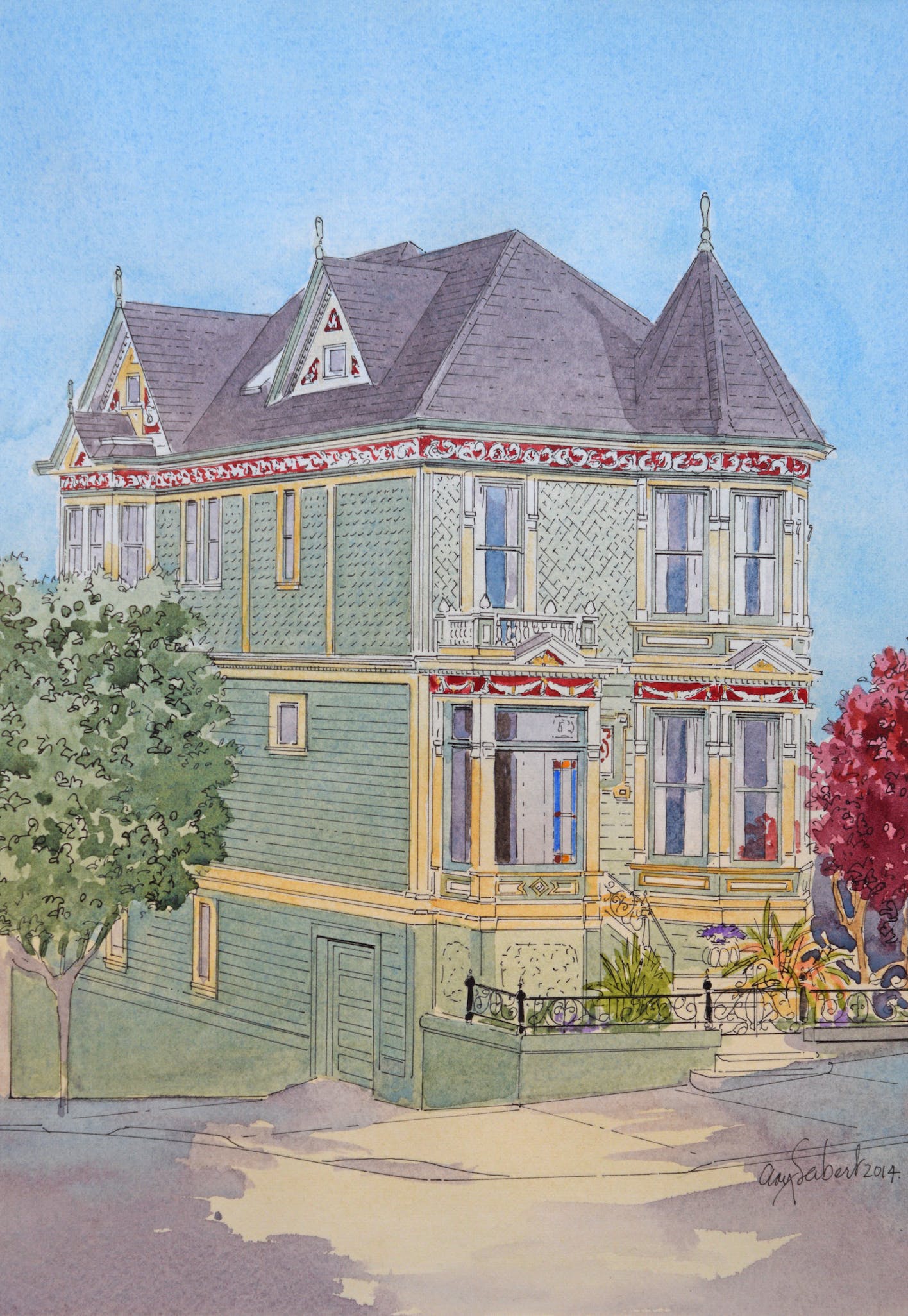 The largest and oldest of the Painted Ladies, which anchors the corner of “Postcard Row” is a Queen Anne Victorian which also served as Kavanaugh’s personal residence. The Kavanaugh house has been featured in about 70 movies, ads, and TV shows, including Invasion of the Body Snatchers (1978). But it is perhaps best known for appearing in the opening montage of Full House, the popular TV sitcom that aired from 1987 to 1995. A revised version of this show, Fuller House, is due out later this month.

The Kavanaugh house was first sold in 1900 and has changed hands a total of fifteen times. Purchased by Laguë/Li Family in 2014, the restoration and modernization of this property has recently been completed. While being respectful of the history of the home and honoring the incredible architecture, the family decided to completely overhaul, modernize, and expand the once closed-off and dark kitchen.

The design approach used by the homeowners was to honor the period details while tastefully modernizing the functionality of the home to meet the needs of this busy family. Let’s face it, the 21st-century hub of the home is no doubt the kitchen. Modern kitchens are being opened up with open floor plan concepts, which is exactly what they did here. By removing both the wall to the adjacent family room as well as the back wall of the kitchen, the once dark, cramped, and isolated kitchen was transformed. What resulted was a more collaborative, interactive space for the family to enjoy while flooding the home’s interior with much needed natural light provided by the wall of glass. 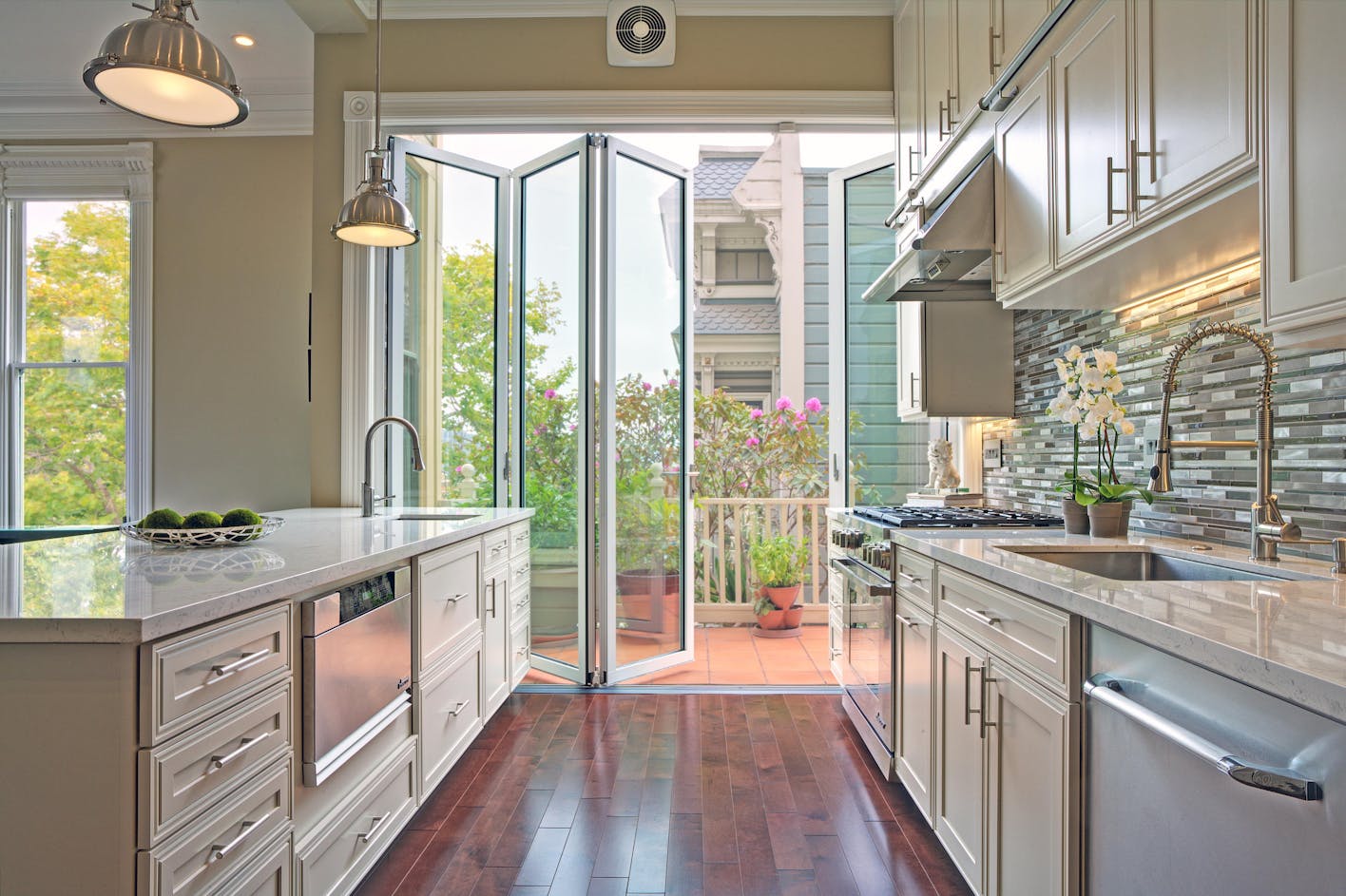 To accomplish this, the homeowners turned to NanaWall Systems for their floor-to-ceiling opening glass wall. They chose NanaWall SL60, a custom folding glass wall with a swing door option in the middle of the system. This product allowed the homeowners to capitalize on their indoor/outdoor connection to the adjacent deck and garden while most importantly, opening up the space to the San Francisco city views beyond. NanaWall SL60 was the perfect product for this 125-year-old home since they were able to choose the floor supported model which allowed for an easier retrofit to accommodate the opening glass wall. This was a big help to the homeowners who had to follow the many rules and guidelines for restoring a historic home of this nature. 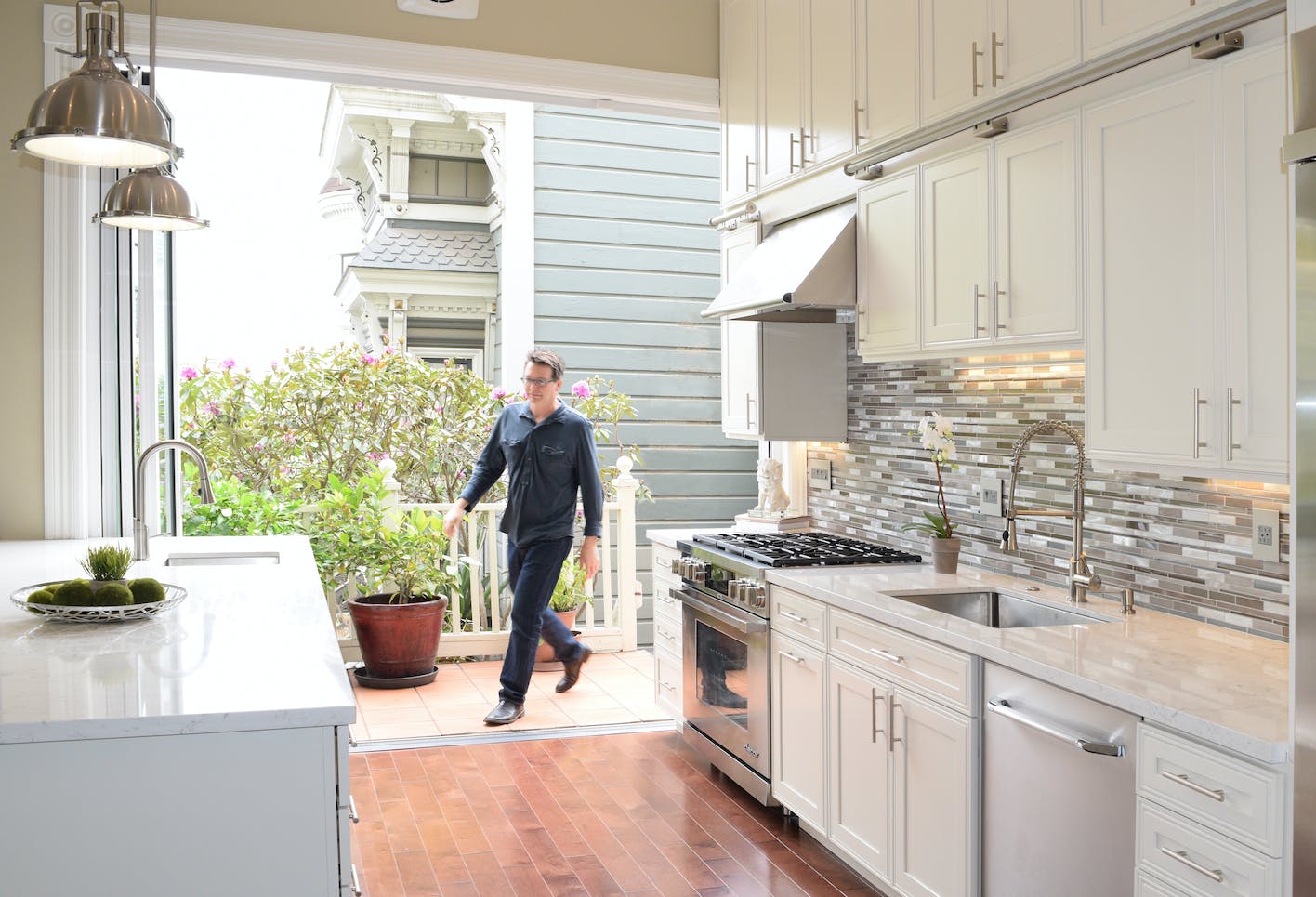 Needless to say, the Kavanaugh house, the anchor of the Painted Ladies, has been reborn into a home that will live on into the next century and will continue to be a must-see for those visiting The City. Unable to make it out here to see it first hand? Here are a few featured articles and videos chronicling the restoration of this iconic property: San Francisco Chronicle, Sunset Magazine Curbed SF, Houzz TV exclusive, Houzz article, and Mode. 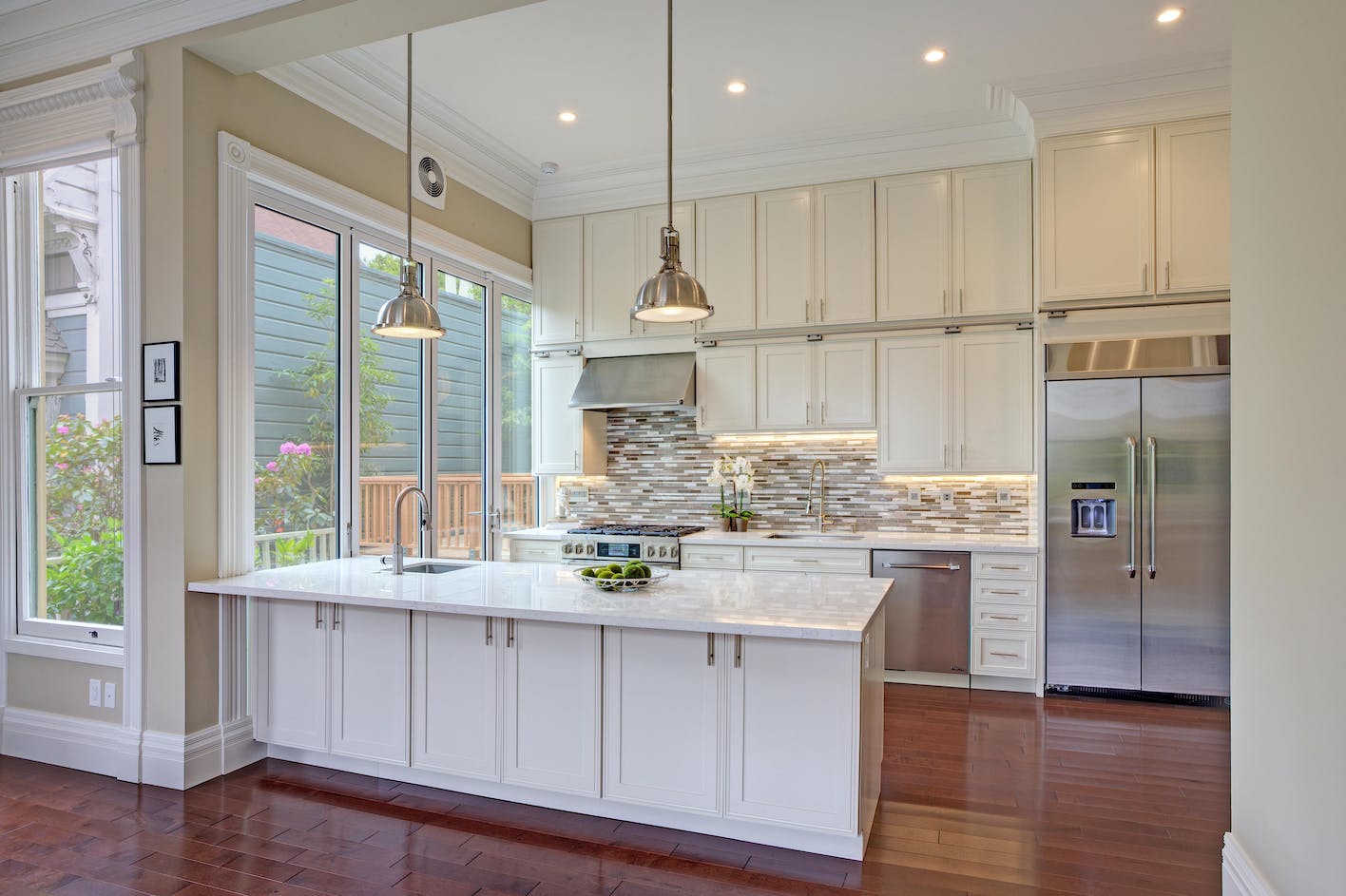