Postwar, between the period of 1949 and 1966, some 11,000 modern homes in California were built, called Eichler Homes. Joseph Eichler quickly became known as one of the nation’s most influential real estate developers of what is now known as Mid-Century Modern homes.  Having spent much of his childhood living in a Frank Lloyd Wright designed home, Eichler wished to bring the modern aesthetic of custom homes to the middle-class with his tract home developments. His residential subdivisions are found in nine communities in the Greater San Francisco Bay Area and in a handful of neighborhoods in Southern California.

The Evolution of Eichler Homes

Eichler hired and collaborated with respected architects to design his homes and experiment with new prototypes. As a builder, Eichler’s designs were constantly changing with feedback and demands—floor plans evolved, baths and bedrooms were added, and carports were exchanged for garages. One such experimental neighborhood is located in Silicon Valley. Although now known as “Rose Glen” this community was first branded as “Morepark”.  Morepark was advertised as luxury living at the modest price of $14,800 to $16,750 for middle-class homebuyers and war veterans. Today these very same homes top the scales at just over a million dollars—that’s a 6567% return on investment if you were to own an original still today.

The standout appeal of Eichler homes goes beyond the aesthetic; they were built with consistently high-quality construction, materials, and finishes. The trademark post-and-beam construction erected sturdy frames and the exposed wood ceilings and beams, along with wood paneling, required little detail work or painting. The houses were marveled at for their unadorned, streamlined open interiors that provide efficient and easy living in a relatively small home.

Homeowners of Eichler Model #AA-450, designed by famed architectural firm Jones (A. Quincy Jones) and Emmons, purchased their abode in a bidding war in 2014. Buying Eichler homes is a competitive venture. The modest 1953 home started at 1449-square-feet and 3 bedrooms and 1 bath. As their household was growing into a family of four, the homeowners knew they needed to update and expand to accommodate their new family requirements. They focused their remodel on adding additional square footage, and a much needed second bath, restructure the kitchen plus create a safe play space for their young children.

The homeowners enlisted firm Blaine Architects (comprised of a husband and wife architectural team), who by chance also were in the very same bidding war over the purchase of this house. The homeowners knew they had chosen true Eichler-enthusiast architects for the job. As Megan Blaine says, “it’s always good to have an Architect who is already in love with your house”. Although this particular neighborhood is not architecturally protected by historic-saving building codes, from the beginning, the goal was clear. All work on this home would pay homage to the famed California Modern Eichler.

The programmatic goals for the remodel were to add much needed square footage, improve the flow and update the kitchen, add a bath, office and area for the children to play, and lastly, to upgrade the systems within the home.

Eichler homes were built to maximize the lot it was placed upon. Front and side yards were shallow and tight. Outdoor spaces with smaller patios were located at the back of the home, or in centrally located atriums, enclosed by tall fencing. And although this mid-century modern design included large expanses of glass to connect the indoors to the outdoors, Eichler homes were remarkably private because garages, carports, and privacy walls face the streets to shelter bedrooms that were almost always situated at the front of the homes.

What Blaine was able to do with this home remodel was convert the carport into useable square footage and extend the privacy wall across the front of the home all while keeping the home within the Eichler-style and footprint. What this plan did was allow for the much-needed private office and playroom for the kids while also creating some amazing indoor/outdoor play space. Blaine was able to artfully engineer a hole in the roof above the newly enclosed space thus creating an atrium connecting the main entry to the home, the kitchen, and the newly constructed playroom.

Folding Glass Walls Connect the Home to the Outdoors

In order to capture the newly harvested daylight and to allow their clients to keep an eye on the children as they play, the architects specified an energy-efficient 4-panel folding glass NanaWall system that glides with ease and neatly stacks to the side when opened. The SL60 folding glass walls dramatically changed the way the family used their home. While keeping within the aesthetic that Eichler fixed glass walls provided, these functional glass walls go much further in the goal of connecting the home with the outdoors. The architect aptly coined the space, “the NanaAtrium”.

“We took an outdated, unremarkable house and customized it to fit exactly what the family needed. We like this approach to design – customizing an existing home rather than building a big, new home. It’s more efficient and creates less waste,” states the architect.

The Bright and Airy Kitchen Remodel

With the love to entertaining and cooking in mind, lots of attention was paid to the kitchen. In restructuring the configuration and allowing for better circulation and traffic flow through the heart of the home, the homeowners were able to achieve the kitchen of their dreams—all while keeping reverence to the original aesthetics of this type of home. To achieve this, the kitchen was rotated perpendicularly to the original floor plan. For their remodel, the homeowners chose modular cabinets accented with mid-century period colors by Kerf Kitchen, quartz countertops and of course, high end appliances.

To increase their entertaining space, the social couple wanted to have the large fixed glass wall at the back of the home fully retractable to create a dining space that was at once both indoors and outdoors by incorporating a second and larger 18-foot 6-panel NanaWall SL60 folding glass wall system. “The NanaWalls not only made this project remarkable, but it also added a functionality that we couldn’t achieve with any other product. The folding glass walls open to the kitchen on either side – one to the backyard and a big beautiful roof overhang that creates this awesome indoor/outdoor dining room, and the second opens to the indoor/outdoor play area for the kids.” Each bi-folding system conveniently has a swing door at one side for easy day-in-and-day-out access when the glass wall isn’t fully opened.

The challenge was how to remove the fixed glass wall and structural supports and still keep the cantilever post and beam roof standing. With the help of structural engineer, Kurt Fischer, the building was brought up to code all while remaining true to the Eichler look. As explained by Blain, “instead of toenailing post-beam connections like in original Eichler homes, Kurt designed a concealed steel plate at each post-beam connection that makes the connections more rigid, so they still look original. We coordinated with structural to get the size just right, so they don’t feel too heavy and looked right next to the original wood beams. Then we painted all the structure a warm black, so it becomes a feature and ties everything – new and old – together.” It further helped that the folding glass walls are floor supported and did not add an extensive additional load to the newly designed headers.

When building or remodeling in California, one must meet Title 24 energy compliance code. In order to do this, the performance method was used. This method offers the most flexibility to the architect allowing for energy trade-offs and does not limit the number of allowable windows and doors. High performing Solarban 60 Low-E glass was used throughout. Custom glazing was used to retrofit the original windows of the home. “We modeled the whole house of fenestration around the NanaWalls,” reported Blaine.

Other energy-saving features used were increased roof insulation, interior wall insulation (original Eichler homes had none and were notoriously noisy) and a complete replacement of the radiant floor heating system. Hallmark to an Eichler is radiant floors and fortunately the new radiant/boiler system was easily installed over the old concrete subfloor and new 16 x 16 vinyl composition tiles were chosen to create a period looking monolithic floor throughout the home.

Adding Final Touches to the Remodel

Staying true to the originals, the architect sourced beautiful Philippine Lauan wood wall panels that contractor, Peter Hanaray, of Hanaray Construction, painstakingly selected and installed so each wall matched. All base boards were then recessed to appear flush with the paneling which was customary of this time period. All decking is Ipe for durability. The exterior siding was custom-milled for this home in the Eichler fashion and the architect even brought the siding within the atrium to further validate the indoor/outdoor nature in the design of Eichler homes. The homeowners brought in Pamela Lin-Tam to consult on colors and finishes for the home. Ultimately, the couple chose the exterior color “international orange” after the famed color used on the Golden Gate Bridge. This color allowed the 50’s colors of avocado green and various shades of blues to really pop. Pamela chose the upholstery, furnishings, and light fixtures throughout, that were either period pieces or gave nod to the times.

The addition of the second bathroom was a must. Lin-Tam furthered the use of Kerf cabinets for the vanity and installed Fireclay tiles throughout. The result is a compact but colorful and very functional bath for the children and guests.

Upon completion in the fall of 2018, the remodeled home stands at 1825-square-feet with 3 bedrooms, 2 baths, an office, den, and playroom. The once modest home is restored far beyond its original glory. With the addition of the atrium and folding glass walls to embrace the indoor/outdoor lifestyle the homeowners desired, this Eichler now takes the signature concept of “Bring the Outdoors In” to the next level. 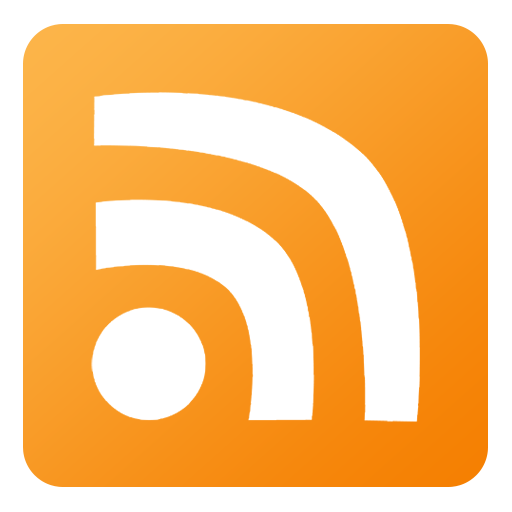