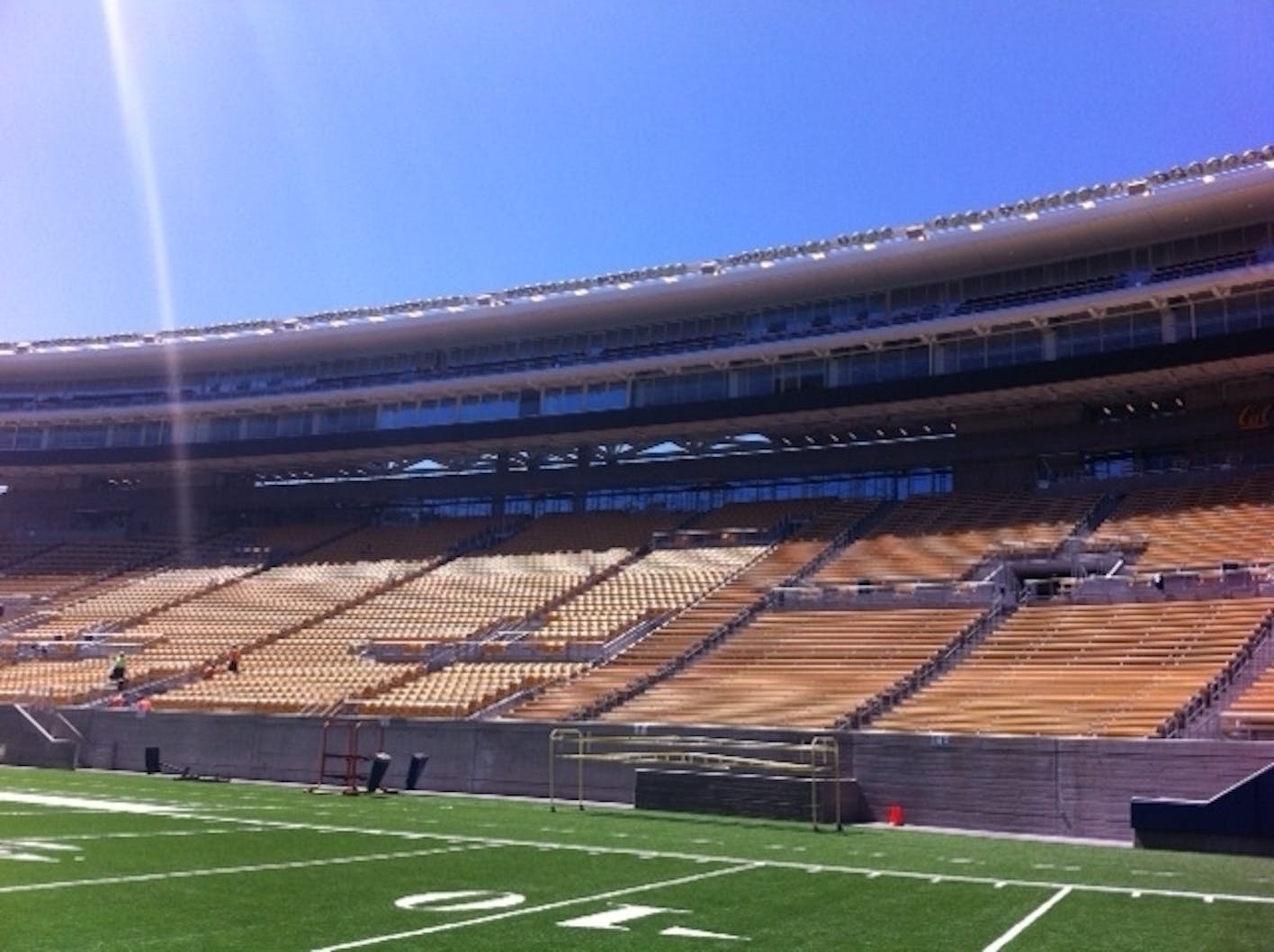 Here at the NanaWall offices, we’re all pretty excited about the new Cal Memorial Stadium – where over 250 linear feet of NanaWall sliding glass panels were installed. We have a strong affinity to UC Berkeley, with about 10 Cal graduates at our offices, including the CEO of our company! Cal Memorial is a nostalgic place for many alumni, who have fond memories of the stadium, originally built in 1923. One of the challenges of the stadium renovation was to modernize and add safety features for seismic retrofit, while keeping the historical integrity of the building intact. Although the building was completely rebuilt, the Romanesque exterior and oval structure were retained, keeping its heart and soul in place. Last weekend, the Golden Bears had their first game in Berkeley after a year. Fans entered the new stadium through expansive NanaWall doors on the Plaza level, eager to be home. The new metal benches no longer cause splinters, and a wider concourse means less crowded traffic. Despite the Bears loss against Nevada, the mood in the stands was positive. One of the hottest new features in the stadium is the sleek, new press box – with sliding glass panels for enhanced visibility. Now, the sports commentator doesn’t have to lean out of the box to see the field. You can also find NanaWall sliding panels on the University VIP Level, providing unobstructed views of one end zone to the other from the luxury suites and a spectacular panorama of the Bay Area from the glass corridor. Keep an eye out for photos of NanaWall among the sea of Blue & Gold at Cal Memorial Stadium!