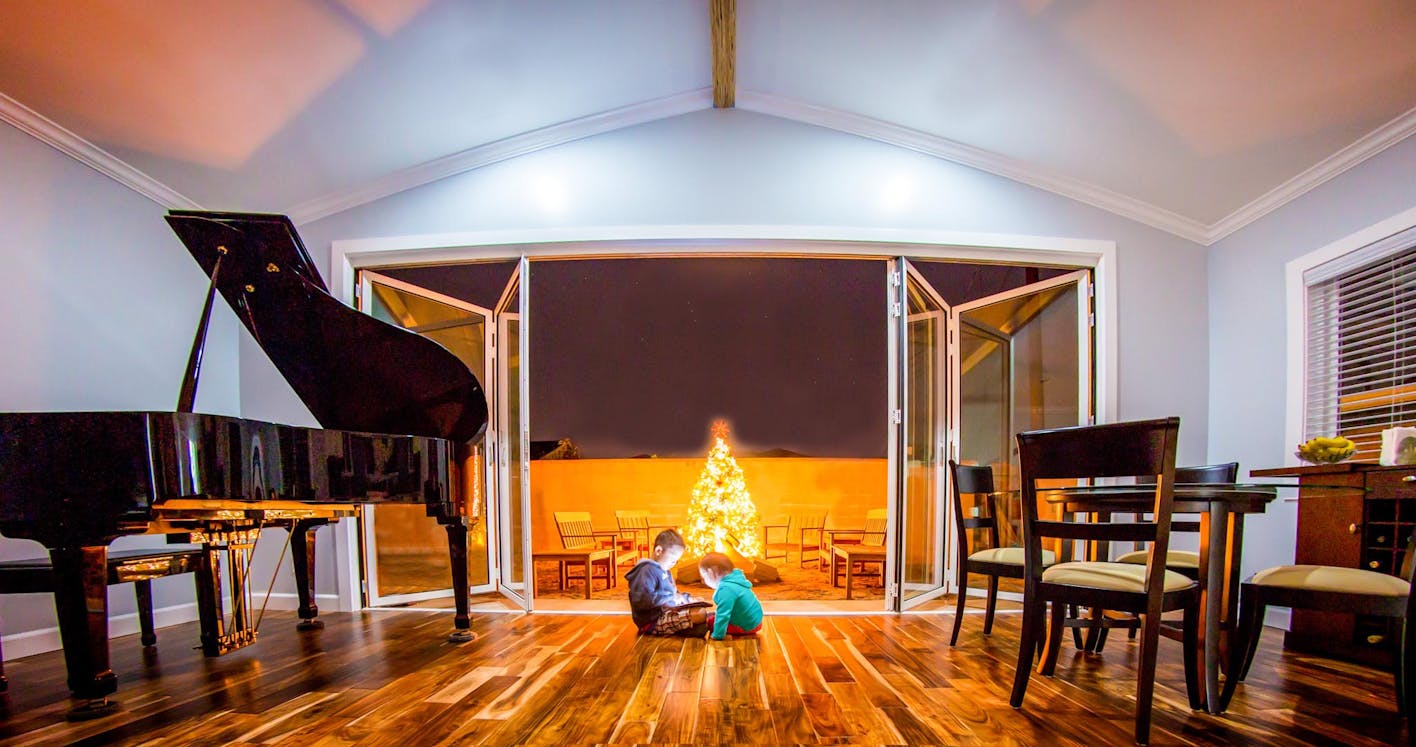 When a growing family of four determined their townhouse did not provide an adequate outdoor space for their two-year-old daughter and baby on the way, they sold and relocated to a single family home in Torrance, CA. Seeking an indoor/outdoor living space, the couple pursued homes that could accommodate an open floor plan and a large opening for an operable glass wall. Despite being half the size of their previous abode, they settled on a 1,106 sq foot fixer-upper with a dream of making it their own. The result made their dream home a reality.

The Need for an Indoor/Outdoor Living Space

“When we saw the NanaWall system in my sister’s home, [my husband] was motivated to find a fixer upper home with a floor plan that would allow for creating a similar indoor/outdoor living space,” says the homeowner. This vision would also provide enough space for the kids to run around freely and for the parents to entertain. They worked alongside architect, and friend, Giovanni Quintero from GxG CoOp Designs to assist with the process. The renovation was quite extensive—new hardwood floor, copper plumbing, and central heating system were installed to replace the old and the house was extended to include a mudroom and master suite. In the great room, the roof was raised to get a 13-foot vaulted ceiling adding a greater sense of grandeur to the open concept area. 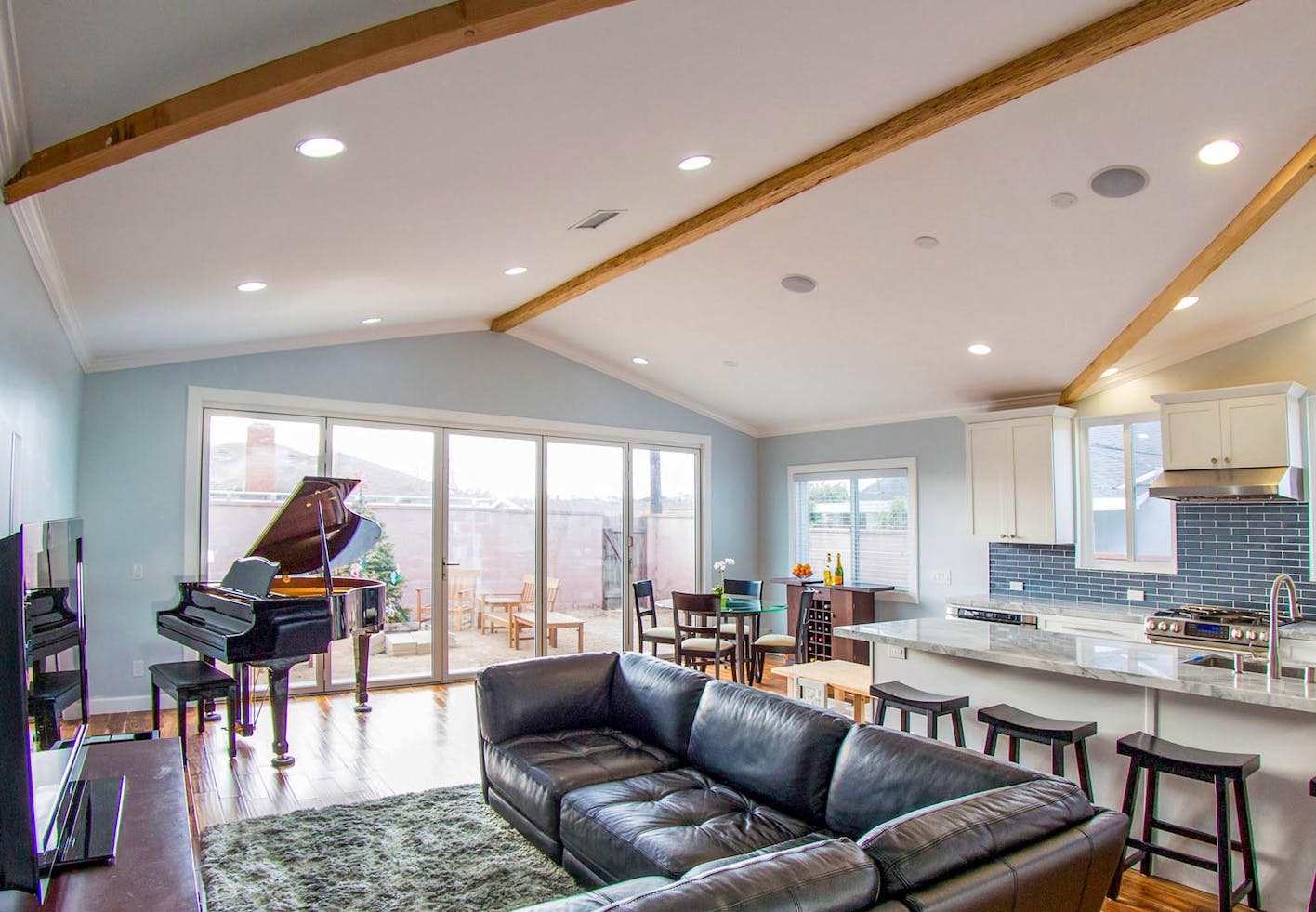 As their new dwelling began to feel more like their own, the realization that a crucial element of their original vision was missing—the NanaWall operable glass wall. A that point they had already gone over budget and had to weigh in the pros and cons of having a luxury like the NanaWall system. The realization that getting anything else would forego what had been the inspiration from day one was a strong enough push for the homeowners to demolish the existing wall to accommodate a gaping 20 feet opening.

"The NanaWall system has been our favorite feature of the house because it allows us to maximize beauty and optimize function by expanding our living area into the back yard allowing for great big family gatherings."

The five paneled NanaWall SL45 operable glass wall takes over most of the wall that connects the great room to the backyard. The roughly eight feet tall system takes over a width of 16 ½ feet and was customized with a white powder coat. As a NanaWall operable glass wall, the SL45 has been independently tested for air and water penetration resistance, structural deflection, and forced entry. This top-hung system is capable of unlimited widths and many specialty design options like Foldflat®  and open corners, allowing the freedom to operate beyond a typical straight wall design. “The open floor plan and glass wall makes the house appear very spacious when it is really only 1340 square feet post renovation.” 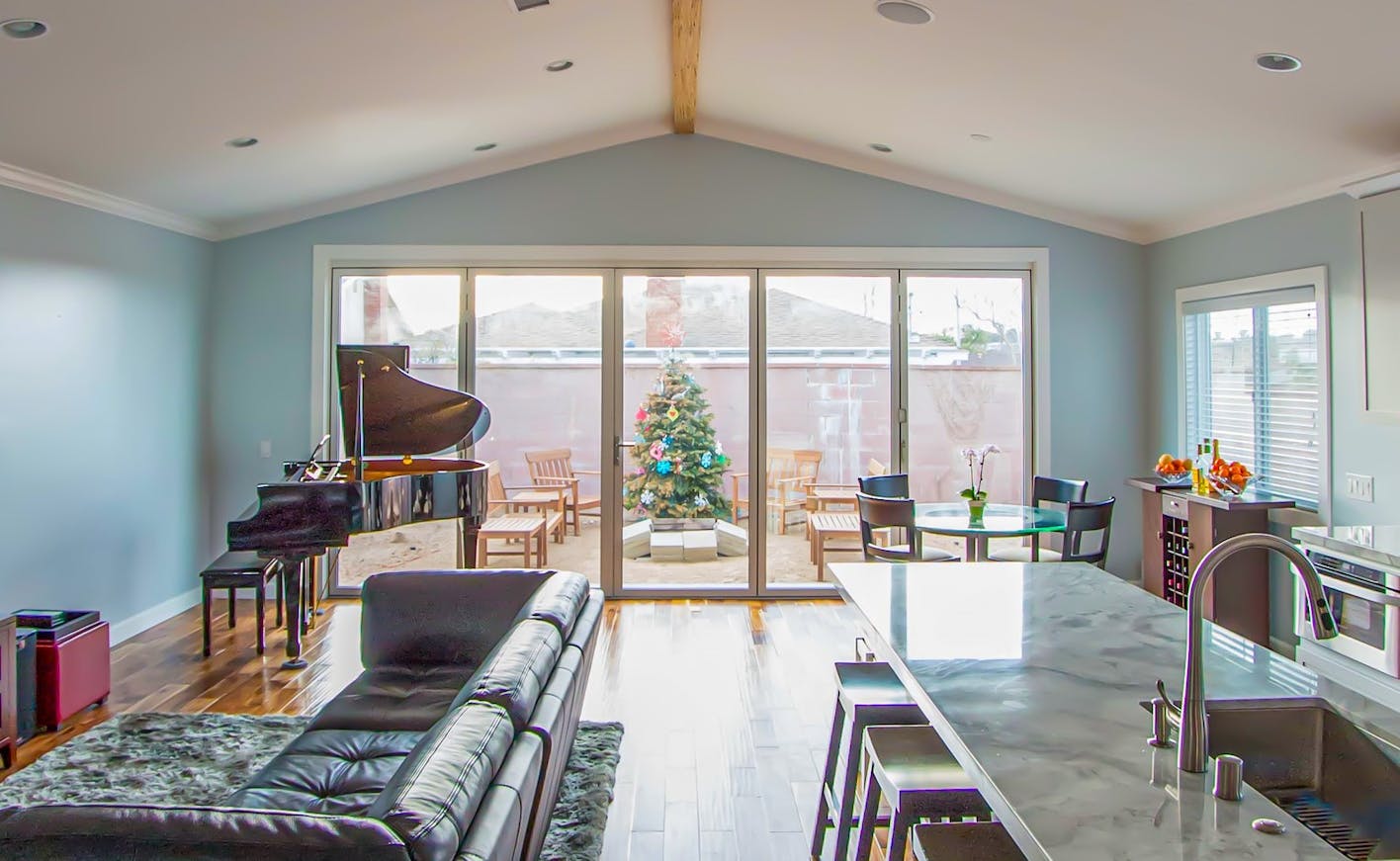 Due to budget restrictions, landscaping and the building of a backyard patio were halted. However, the family made the most of their new home by placing their Christmas tree in the backyard with outdoor furniture around a makeshift firepit. According to the homeowners, the NanaWall system has been the center of conversation during every party, with guests complimenting the resort-like feel and wishing they had a similar indoor/outdoor living space. “During the day, we get an abundance of sunlight in the room that makes heating very efficient with the double paned glass,” the homeowner says. “The NanaWall system was definitely money well invested.”

Discover design inspiration stories like the one above in our various residential case studies!