Round and Around We Go!

Coney Island, the heart of amusements parks in the United States during the early 20th century, attracted millions of visitors per year in its three major competing parks: Luna Park, Dreamland and Steeplechase Park. The classic American amusement park, recently hit by hurricane sandy, is now renovated and is bigger and better than ever. The boardwalk looks stunning; the stores are remodeled and now attract more tourists than before. What’s our favorite part of the entire amusement park? The Steeplechase park carousel is surrounded by NanaWall SL70 folding glass walls! 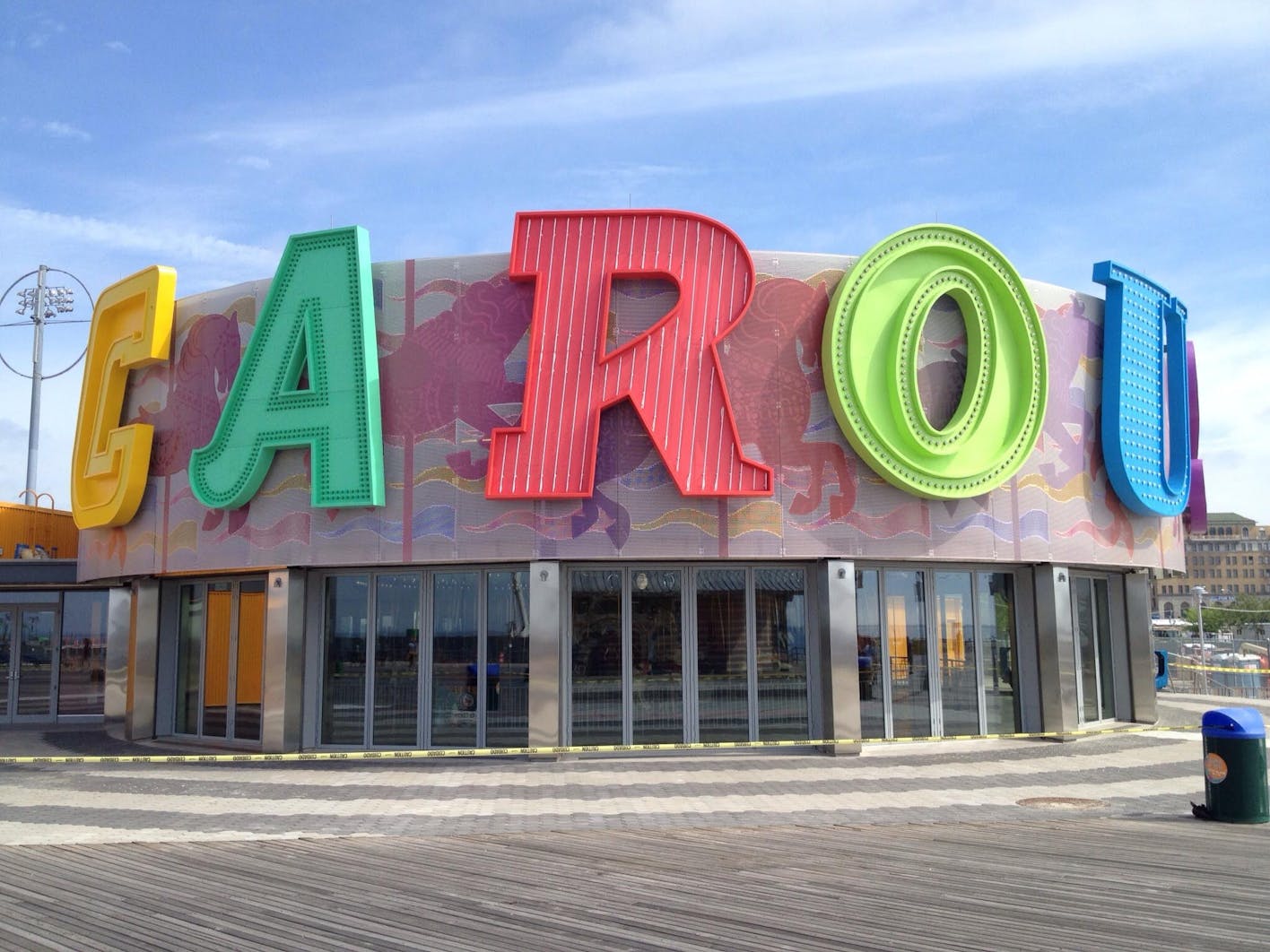 The enclosed carousel can now be used all year round despite unpleasant weather. The NanaWall SL70, the sister product of the SL73 Miami/Dade and AAMA hurricane certified system, stands strong in performance and durability. 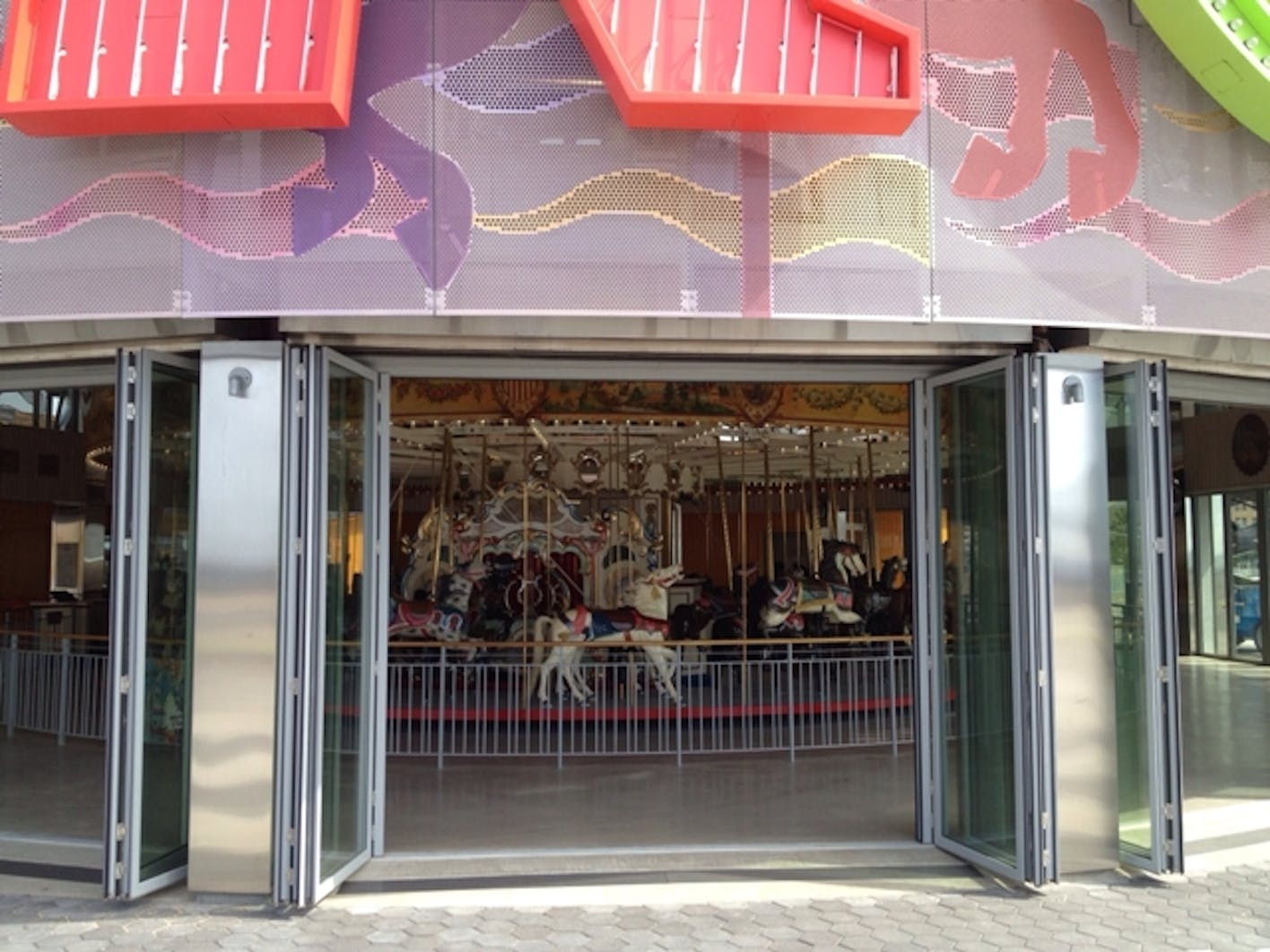 When the NanaWall SL70 doors are open, kids and parents can walk in and out of line with ease! When the lines get too long or the carousel gets too crowded, parents can watch their kids ride from a comfortably close distance with a clear and open view. 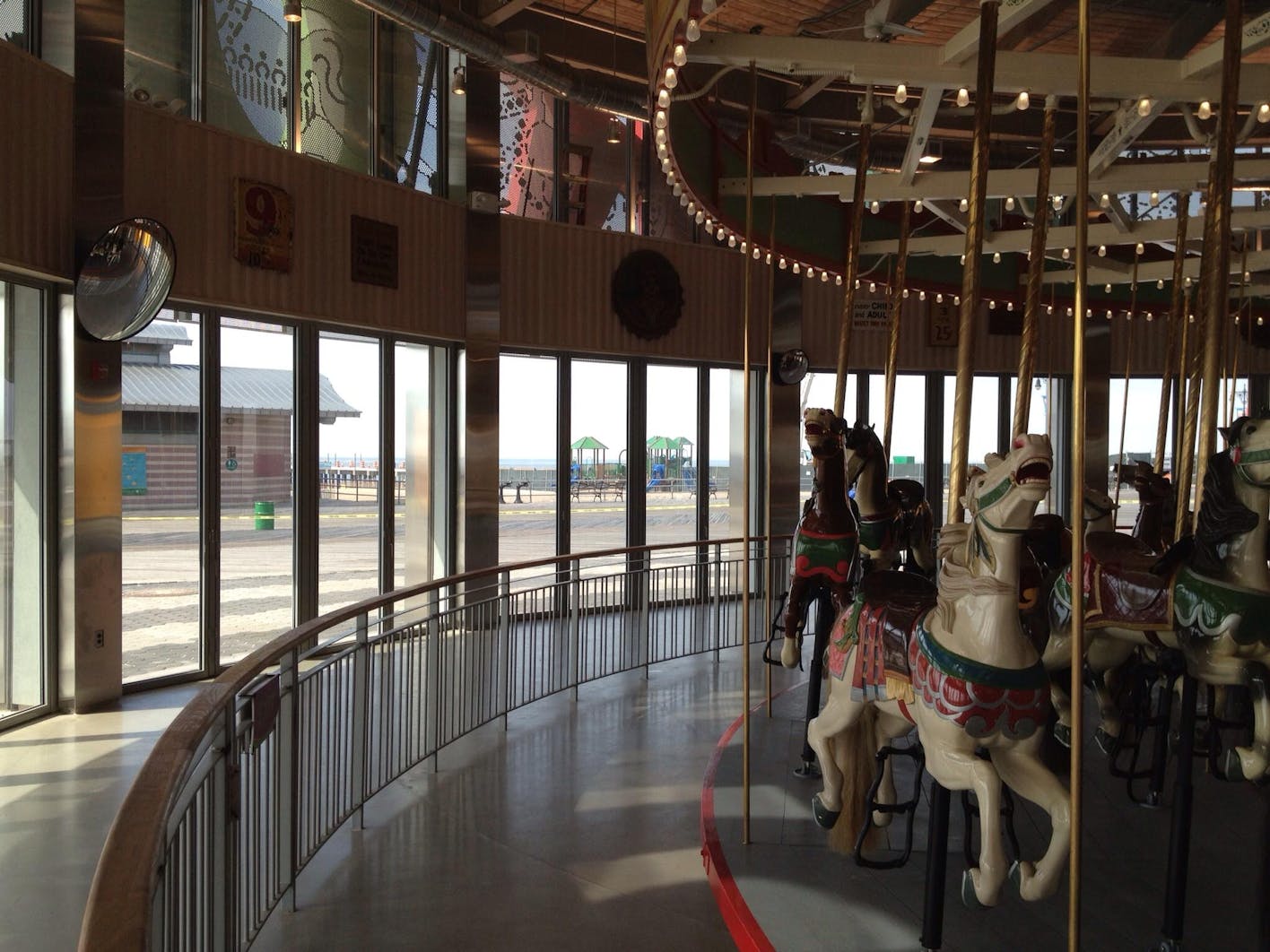 The NanaWall systems allow for a seamless transition between the enclosed carousel and the remainder of the park, providing complete 360 degree access to the park, when open. In order to manage the flow of foot traffic, multiple doors can be opened and used as exits. The SL70 systems look aesthetically pleasing, provides customer convince and is engineered for exceptional performance. We strongly recommend you to check them out! Share your thoughts, pictures and experiences with us via Facebook (NanaWall) and Twitter (@NanaWall).