Trend Alert: Retractable Roofs – The Sky is the Limit

The NRG stadium, which just hosted Super Bowl LI is the first stadium in the NFL to have a retractable roof. The Houston NFL Holdings group came to HOK Sport to design the stadium in 1997. The stadium later opened in 2002. The retractable roof continues to provide the best of both worlds: during inclement weather, athletes and fans can be covered and protected from rain and wind while in the summer months, everyone can enjoy the outdoor elements to the fullest. Fast forward about 20 years from NRG’s design phase to now where the trend of retractable roofs is becoming more apparent in not only stadiums, but in rooftop restaurants/lounges. Let’s take a look!

Designing and fabricating operable architectural systems for architects and clients all around the world, Libart has used a combination of retractable roof systems and NanaWall’s opening glass walls to create the ultimate indoor-outdoor design spaces at restaurants/lounges throughout the States. Here are three projects featured on their website:

Located in Chicago, The Godfrey Hotel features I/O Godfrey, an amazing urban roofscape on its fourth floor, which creates a one-of-a-kind dining experience with views of the entire skyline. In only 5 months, the roofscape paid for itself—providing owners with a 100% return on investment (ROI)! 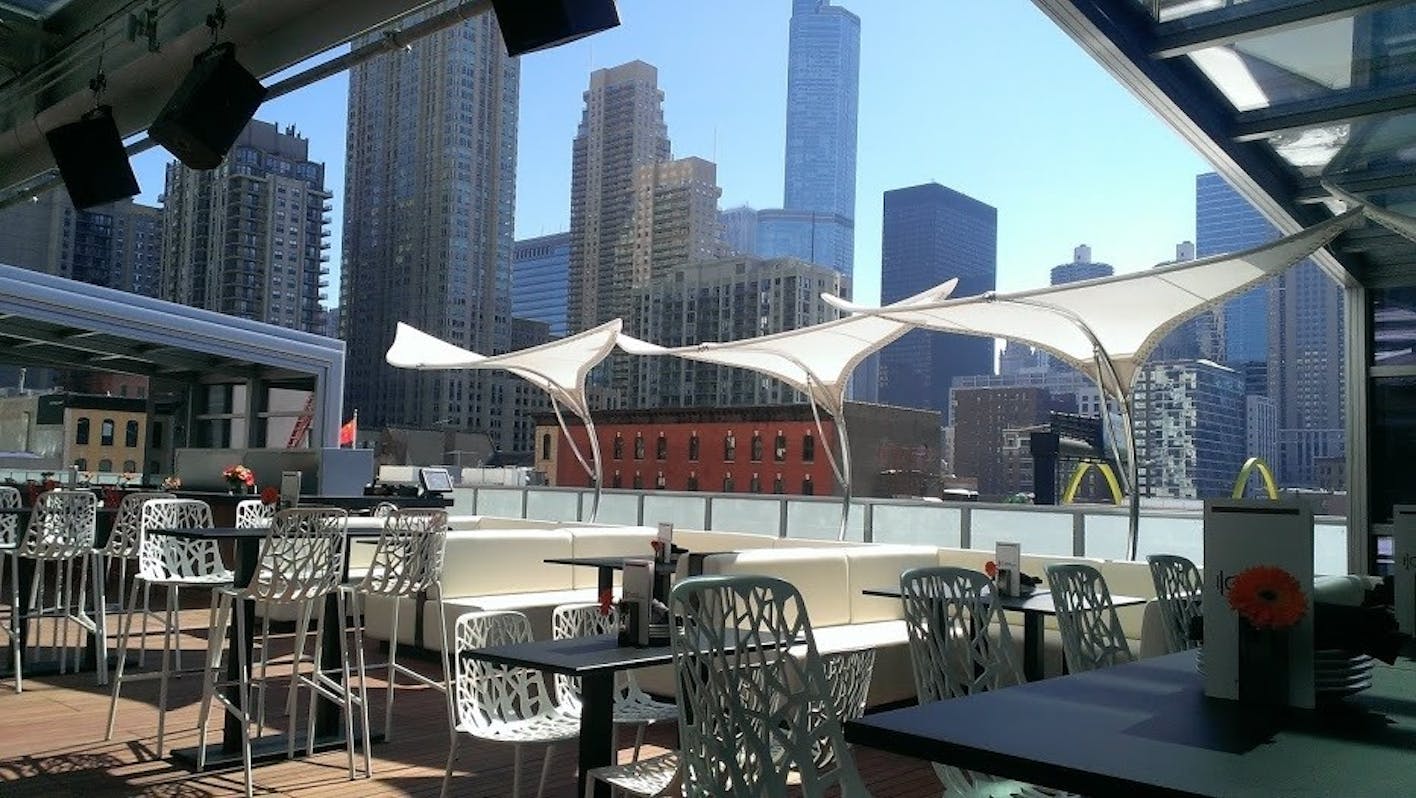 Sandi, Senior Events Managers says “The nation is talking about this rooftop and people are dropping in all day to just look at it. Some are even flying across the country to see it.” 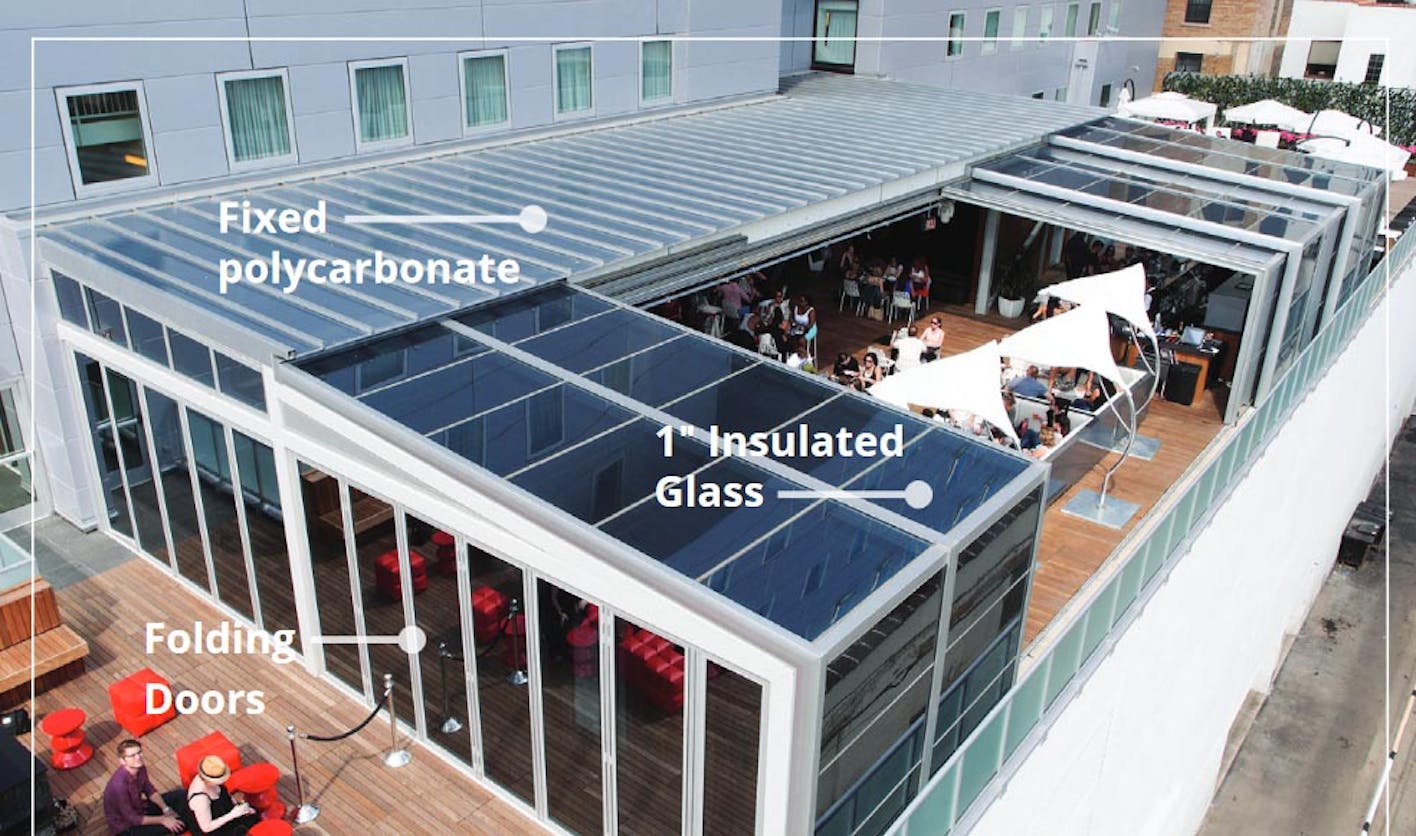 “The retractable piece enhanced the entire building and gave people a reason to come to our venue all year long and in any season. The entire roofscape, opened up holds up to 750 guests, and in the winter/off-season when the structure is closed it holds up to 630 guests.” – Sandi

An old downtown dilapidated corner in MN gets the remodel of a lifetime as it becomes one of the best dining experiences in Minneapolis after being home to Burger King, Snyder Drugs and Shinders. 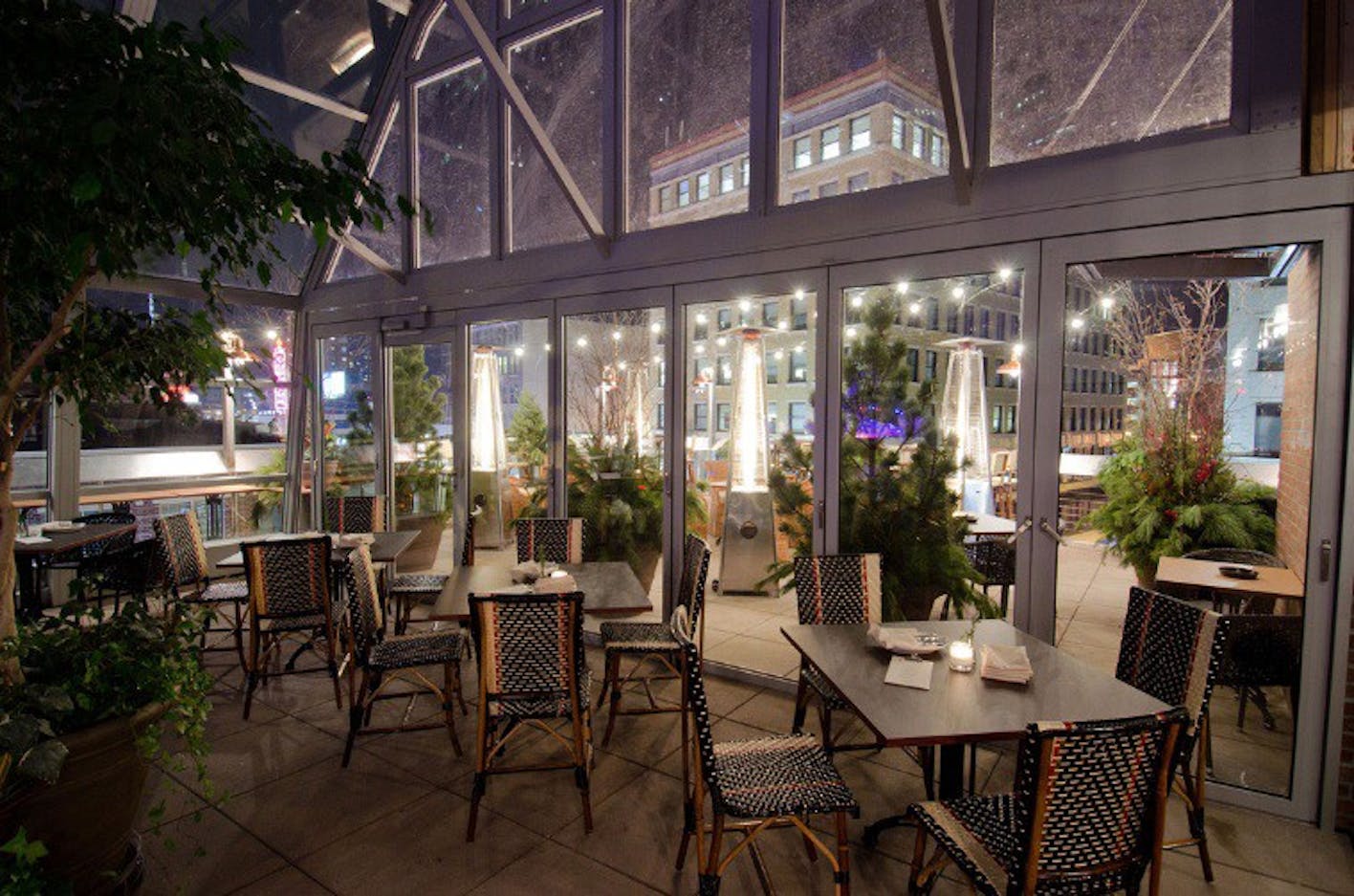 “It’s no easy feat to create a year-round indoor/outdoor patio dining experience on the roof of a historical building in the heart of this incredible city. The 12-paneled, free-standing, retractable roof houses the bar and plenty of dining space for patrons. At the touch of a button, it takes under five minutes to open or close the motorized structure, and accordion-style NanaWall doors seals off the inside dining room from the elements. When it’s open, they fold around the side of the building and out of the way” shares Libart. Take a look:

Chicago does it again, but this time on the 13th floor of Hotel Lincoln. “Rather than rely only on summer months for their success, the Boka Restaurant Group, the team behind the J. Parker, committed to turn their rooftop restaurant into a year-round magnet for clientele” writes Libart. The rooftop escape seats 150 guests!

If you're conviced to install a retractable roof, don't forget the retractable walls! Contact us!