Visa Ceros In on a Brand New Office 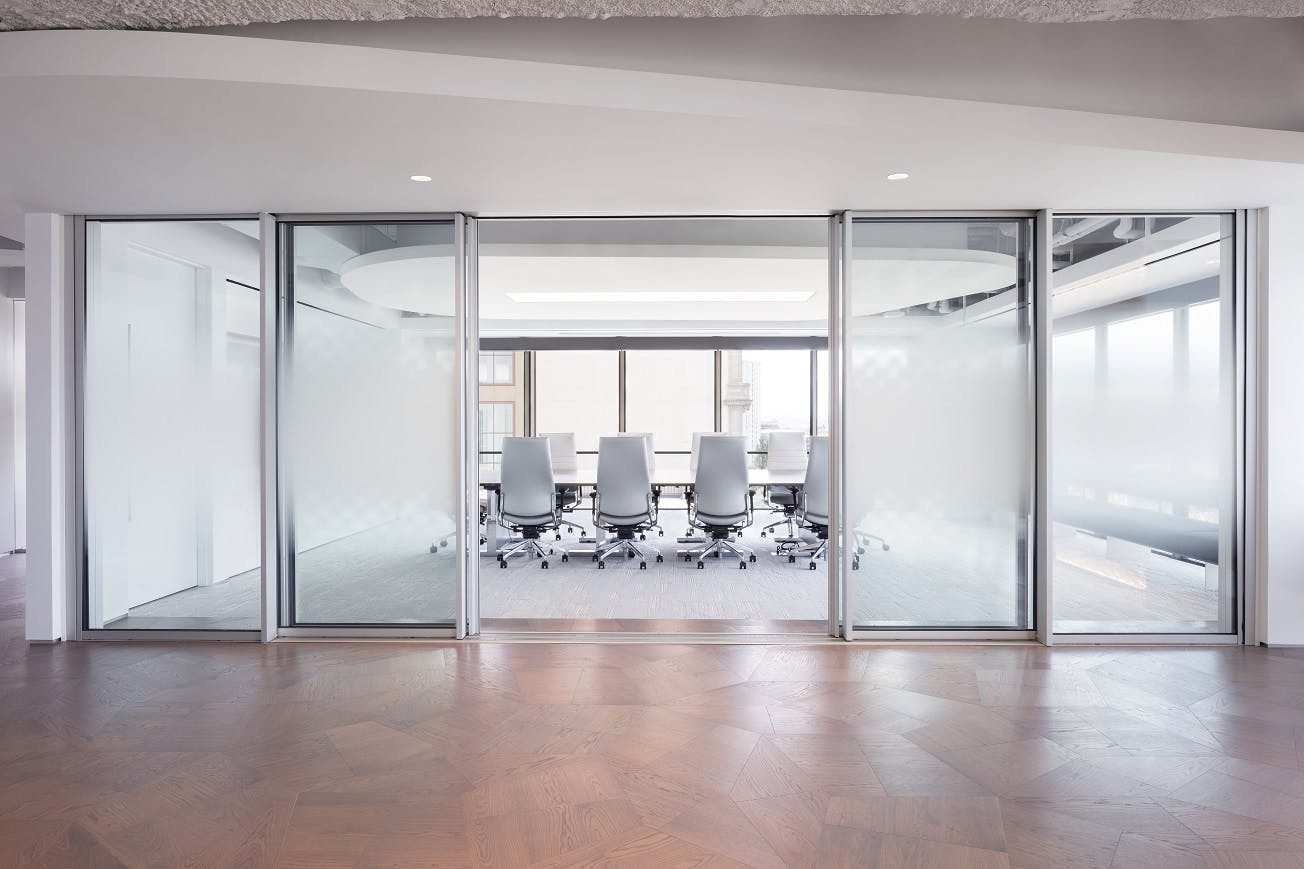 In high rent markets like San Francisco, every square inch of space comes at a premium price. The necessity of cost-effective design in such places becomes a catalyst for innovation. Visa, the global credit card company has been maximizing its own office space by installing a number of opening glass walls, including our maximal-paned sliding glass wall, cero®. 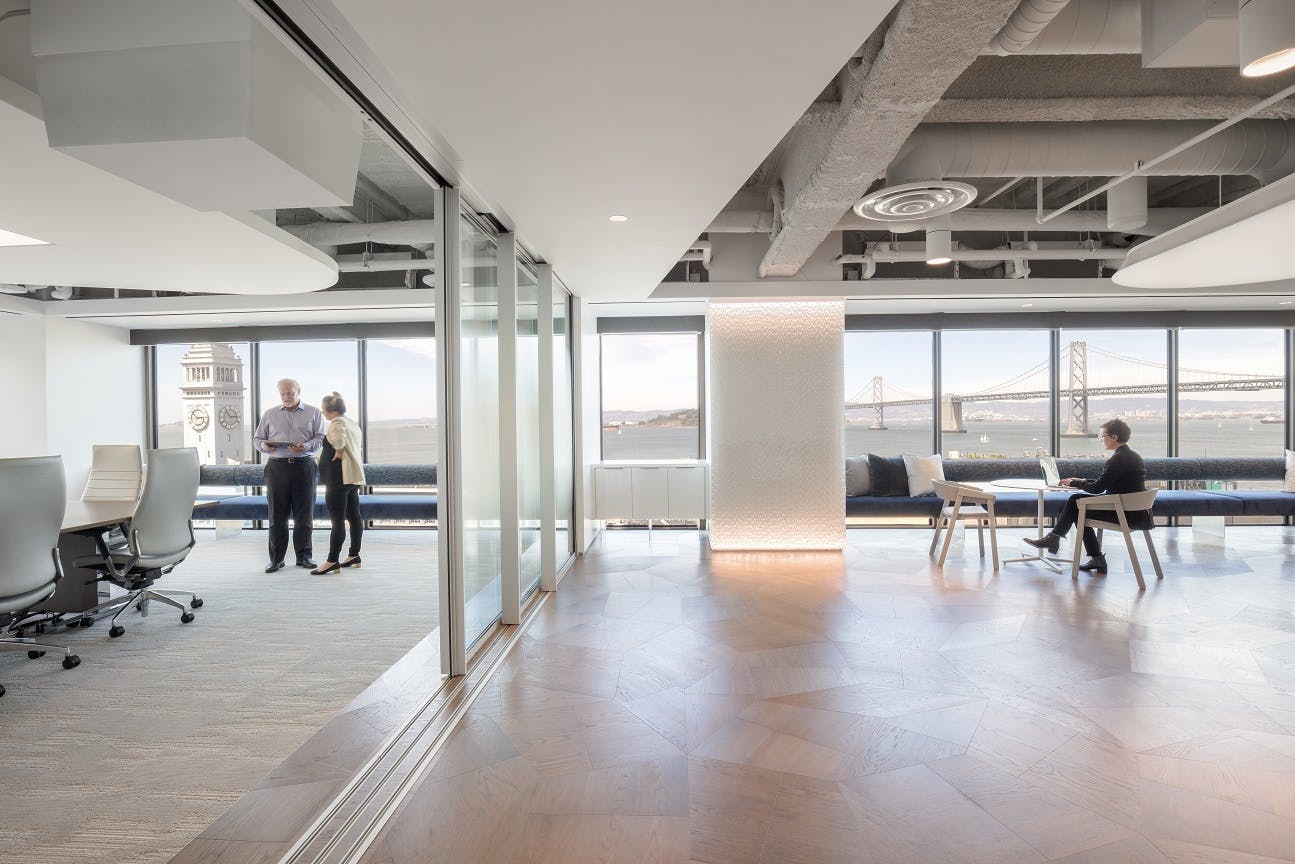 Visa, which is headquartered in Foster City, CA has been increasing its corporate presence in San Francisco, and as such, been rebranding its own aesthetic to appear more like that of a tech company. Visa recently took over a new floor of the building on Market Street where it leases its offices, and engaged international architecture firm, Gensler to take on its design. 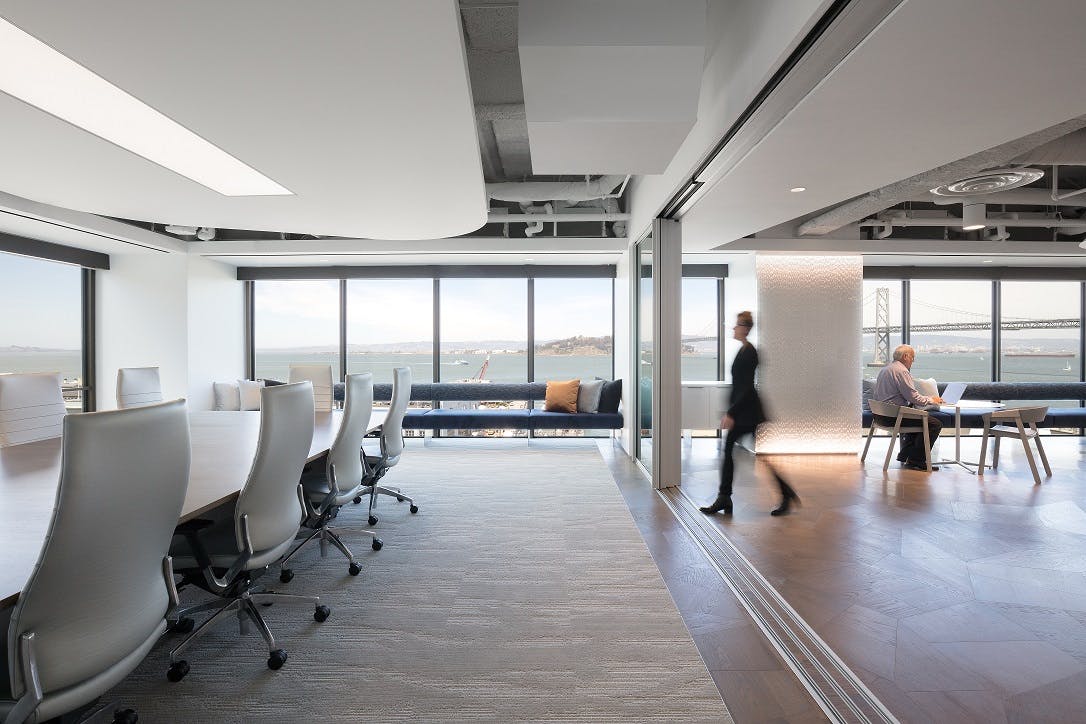 Visa’s new floor of offices is divided into halves. One half of the new floor is overflow office space. The other half is a suite of executive conference rooms, including a large boardroom and two smaller conference rooms that overlook the bay and take advantage of its sweeping views. 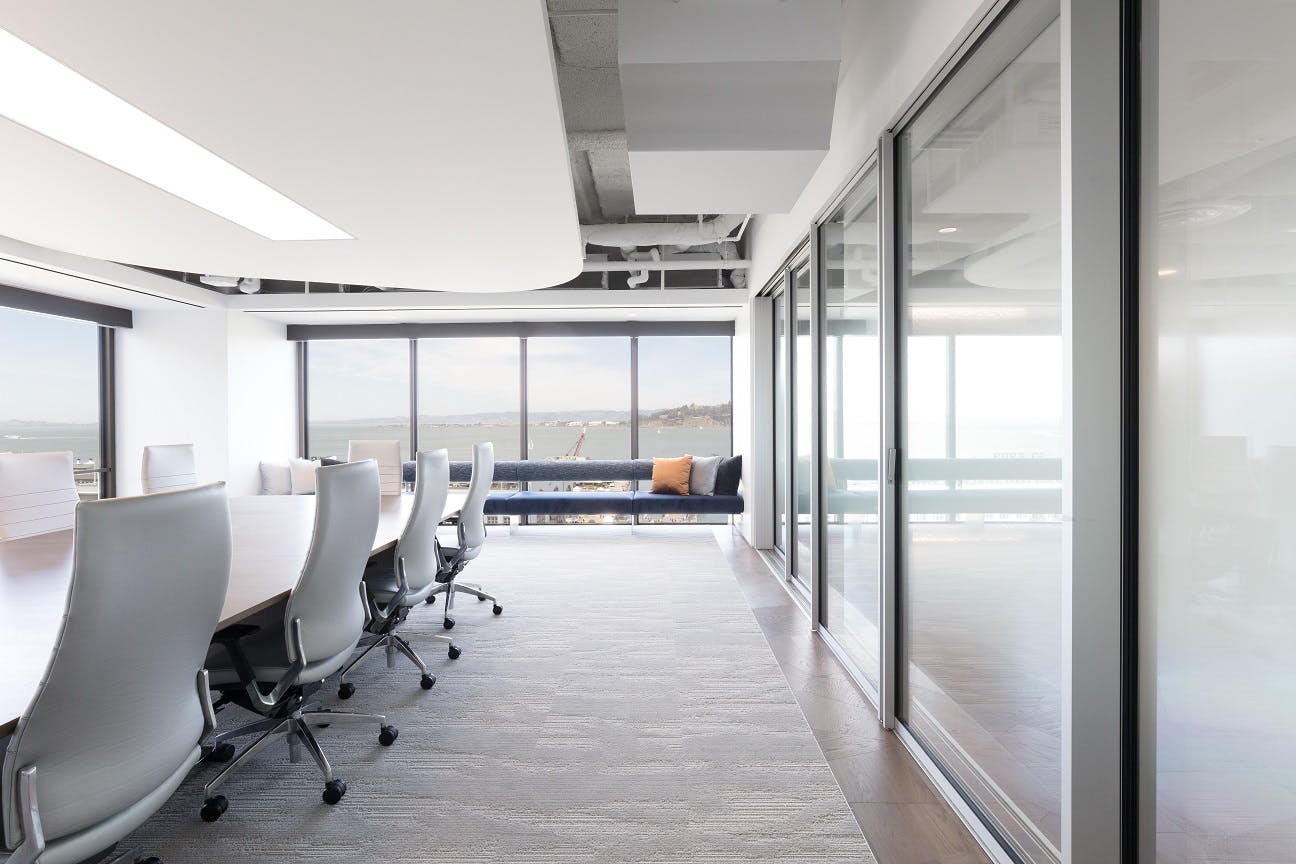 The intention of the area adjoining the two conference rooms is to function as social space that can also serve as a breakout area during board meetings. The cero® opening glass wall that separates the smaller conference room from the breakout space can be opened to integrate the two, enlarging the space and maximizing its overall utility. 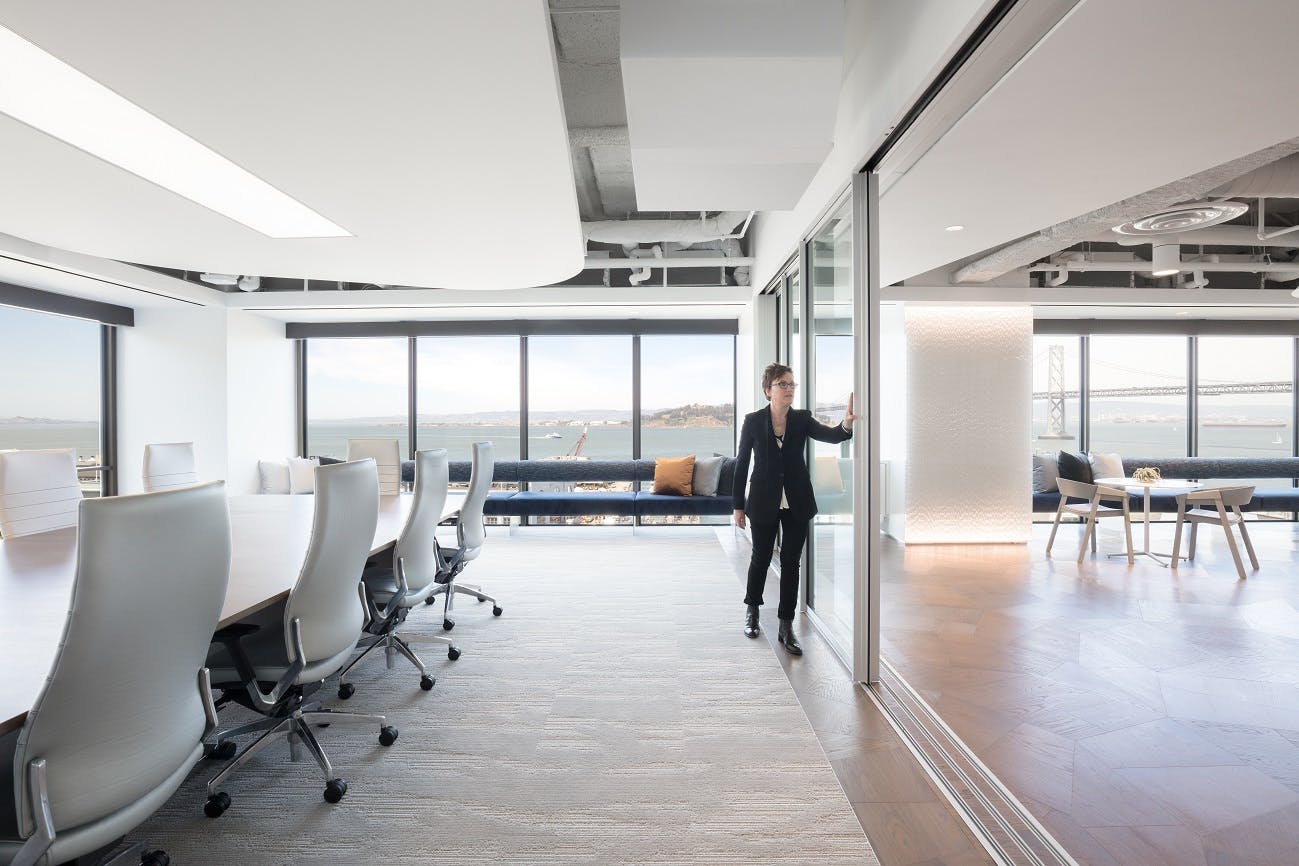 “Knowing that we needed to provide a space that would function every day of the week for different groups drove the design,” explains Gensler Design Director Melissa O’Rear. 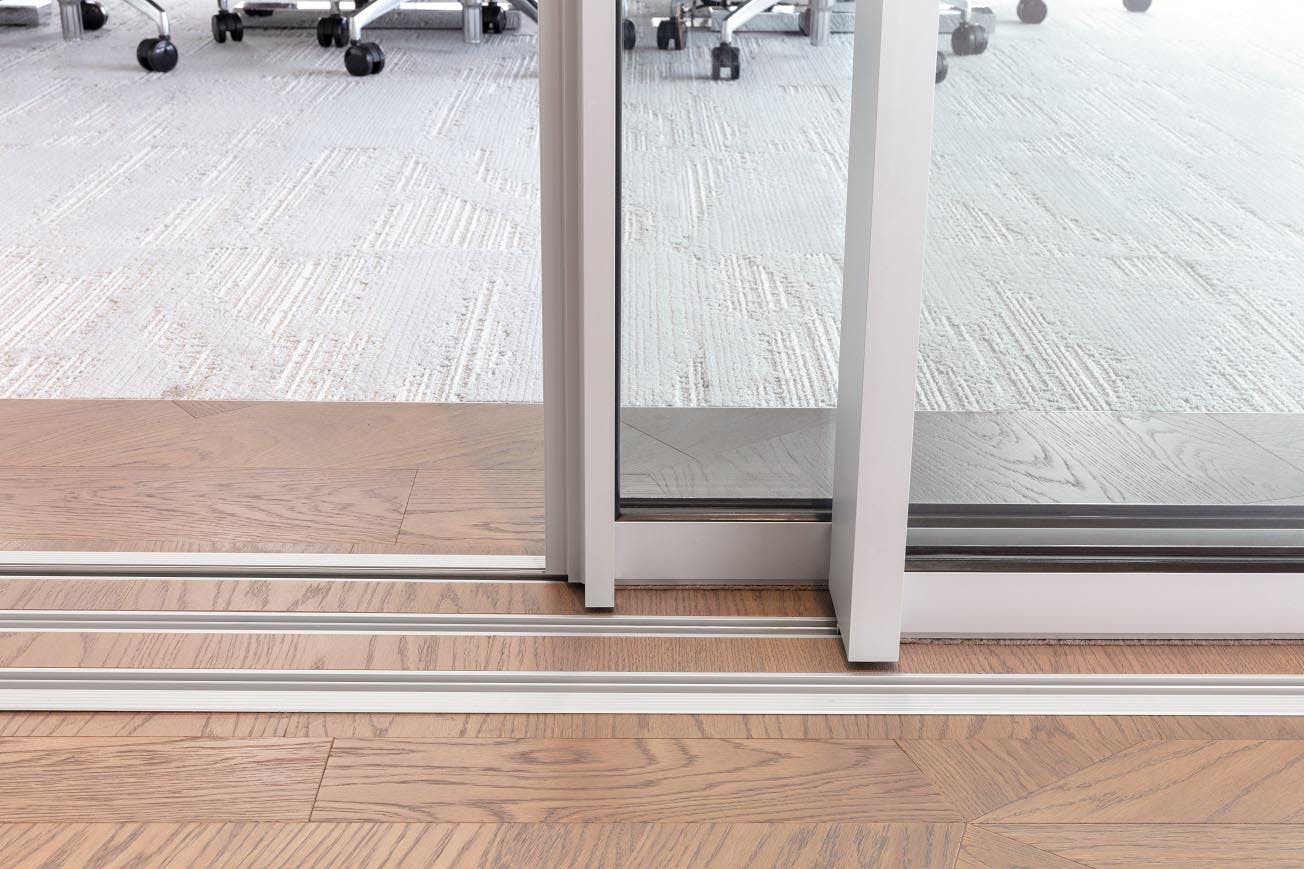 cero® is our maximally paned, minimally framed opening glass wall system. Cero’s expansive glass panes allow for maximum light transmission, while its flush floor track with finish flooring inserts minimizes visual disturbance and delineation of adjoined spaces when the system is ajar. The pairing of cero® and the minimal flush sill can yield an impressive STC rating of 43. 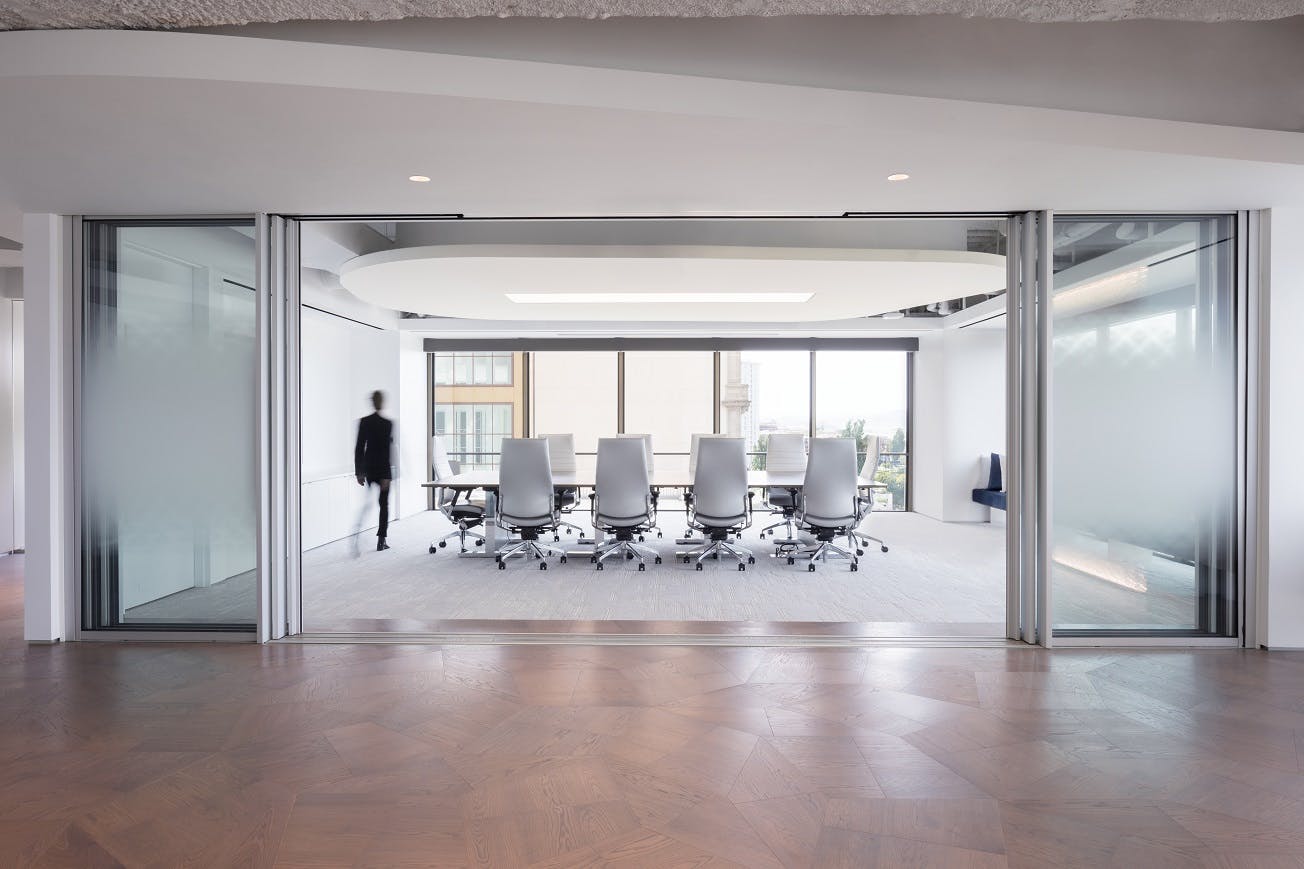 Visa’s cero® opening glass wall is over 23 feet wide, and consists of six panels that glide outward from the center to open. The center of each glass pane has been fitted with a frosted tint to provide visual privacy during meetings while still allowing a wealth of natural daylight to filter through.

“We selected cero® for its clean lines and simple, minimal frame around the glass, and because of the center-opening option with no need for a closet or pocket for the doors to nest,” O’Rear explains. “We wanted the ‘center fold’ because we didn’t have a lot of room on either side to stack walls.”

The opening glass wall is 8’6” high, and conveys an unexpected feeling of grandeur and spaciousness on Visa’s new floor.

Questions about cero in commercial spaces? Send us an email at info@nanawall.com