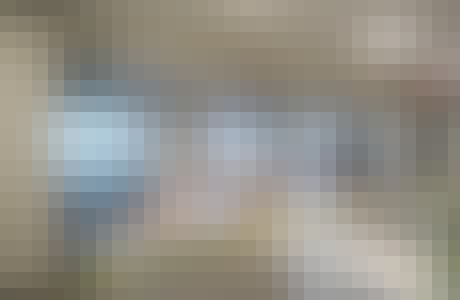 In a tenant improvement, available space is finite, and at a premium.  However, being able to transform a given space, on demand, into different-sized rooms with different functionalities can, effectively, create more space than is available. The Helios Foundation, a non-profit working to promote opportunity for more individuals to achieve a post-secondary education in Florida and Arizona, perceived the relocation of their Florida office as a chance to re-brand their image. 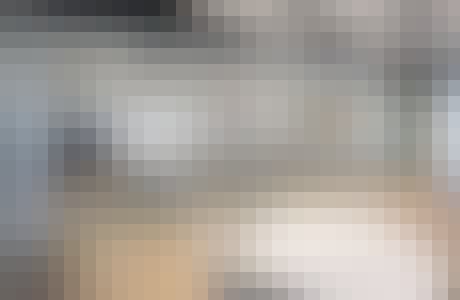 “Their previous space was a rather traditional office,” recalls Anita Shumaker, who was then Director of Interior Design for BDG Architects, “dominated by warm tones.”  It hadn’t been updated in at least 15 years. Their new office has an unusual variety of different types of spaces.  Besides offices and cubicles, there are huddle-rooms, living-room like meeting spaces, several sizes of conference rooms, a lounge area with an adjoining kitchen, and a training room with desk seating for sixteen or more people.

BDG located the training room, lounge and kitchen together in a cluster, partitioned by two NanaWall opening glass walls, to leverage that space for an on-demand large group area. By opening the walls, a sizeable, comfortable space, with adjacent kitchen for catering, is instantly available.

“Having the NanaWall opening glass wall allows them the most transparent flexibility they could have.” 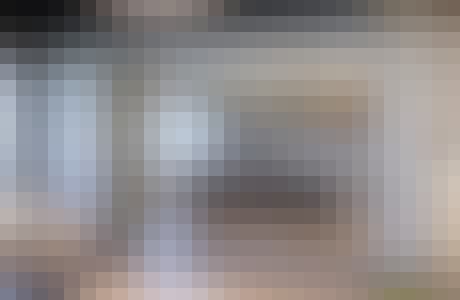 The training room tables can all be fit into a storage area, clearing the room for a variety of events.  As Shumaker puts it, “Having the NanaWall allows them the most flexibility they could have.” Helios uses this space for a range of events in their outreach to the community and interactions with their partners all along the educational continuum from early learning to higher education. 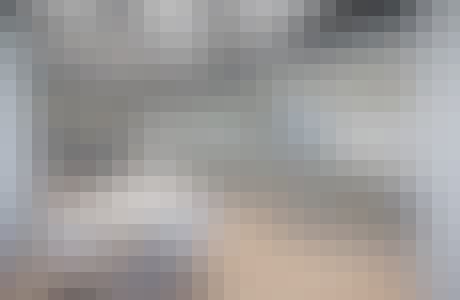 The building is supported by massive square columns, which posed design challenges throughout the office. In the Kitchen/Lounge/Training Room, a column stands at the junction of the three areas. BDG selected a NanaWall FSW75 frameless folding wall system to operate between the walls and the column. Being frameless, it maximized the amount of light streaming into the space while maintaining a sense of openness. It consists of three folding systems in two runs.

The kitchen wall is four folding panels and a swing-door panel. The long wall separating the training area from the lounge is made of two systems, one with four panels, the other with six, that can both be opened and stored in either direction, to the left or the right.  This left-right flexibility allows the room to be partially or fully opened. The panels stack neatly against the wall or the column or can be split to store at each end.

“Being able to add the collaboration areas, or what they were calling living room areas, was something I thought was unique,” comments Shumaker. For Helios, it was important to have that space for people to go, meet, have a cup of coffee, and collaborate. For them, it was more about freshening up the image from their old office, contemporizing it, carrying them into the next 10-15 years that they’ll be using the space.”

"The team at NanaWall helped us develop an opaque sound deadening glazing system that afforded the privacy we needed, yet the flexibility to combine smaller spaces to accomodate larger groups. Oppenness and performance all in one."

“We selected NanaWall for two reasons: openness and flexibility. The owners desired privacy for conferences, and openness for gatherings—we achieved both with the use of a folding glass wall from NanaWall.”

“With the curved 60’ wide NanaWall folding glass wall, it was possible to achieve a dramatic visual continuity while respecting the absolute privacy required by a law firm. The resulting flexibility of usage is invaluable.”

“NanaWall makes it easy to change the dynamics of the space with the simple slide of a wall and the functionality and flexibility it provides to our client is invaluable.” 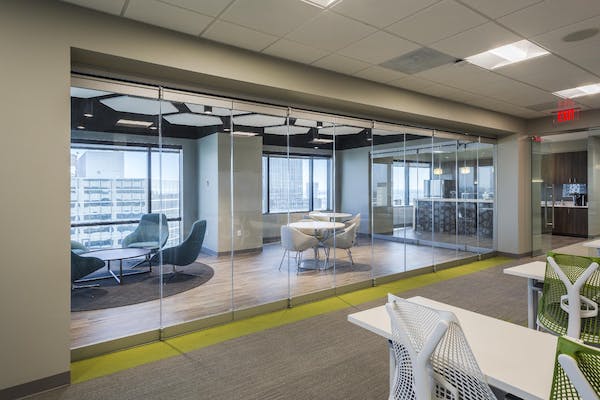 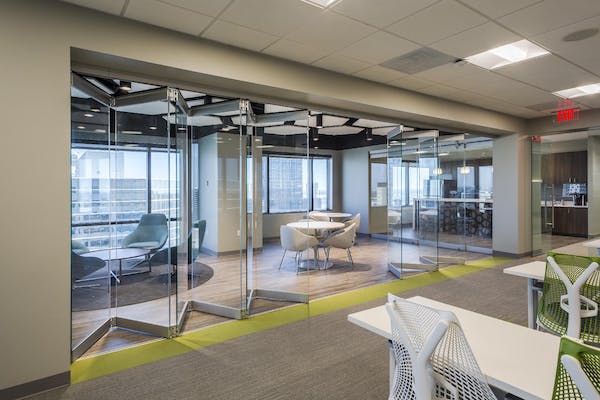 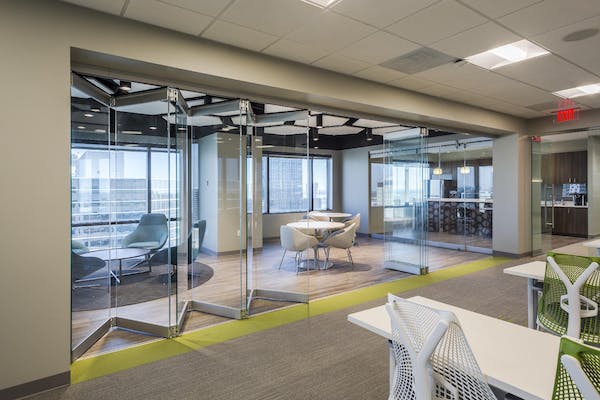 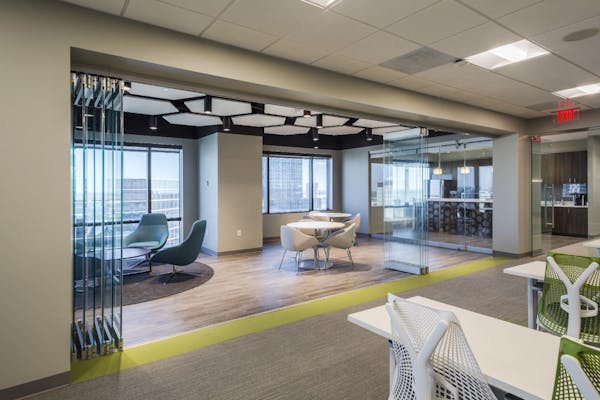 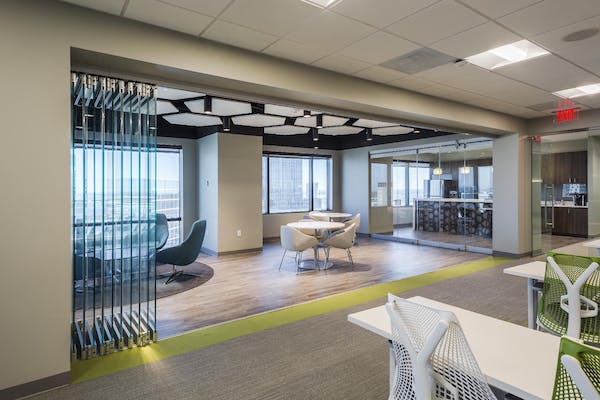 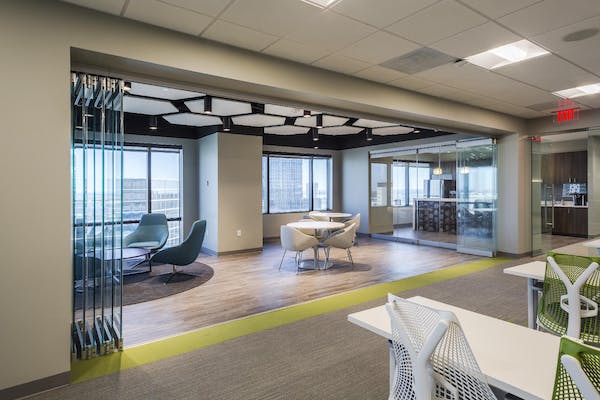 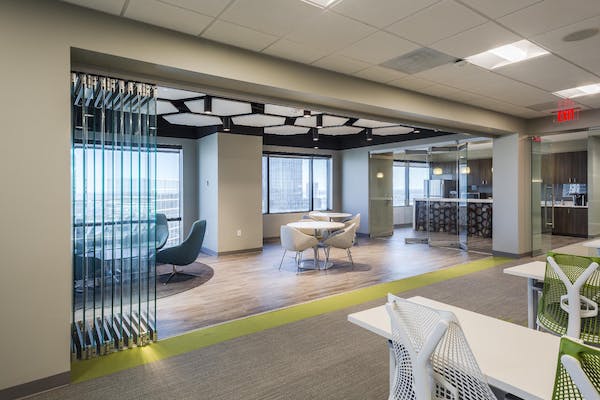 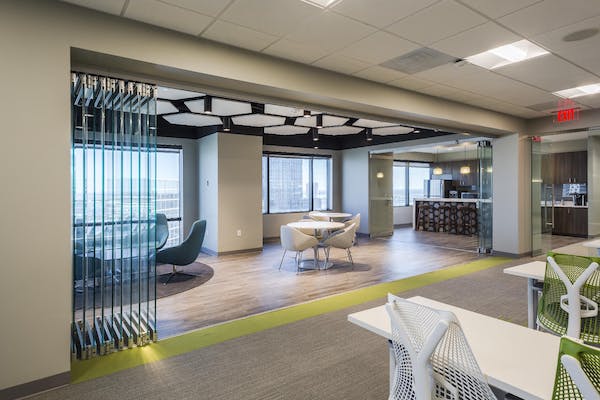 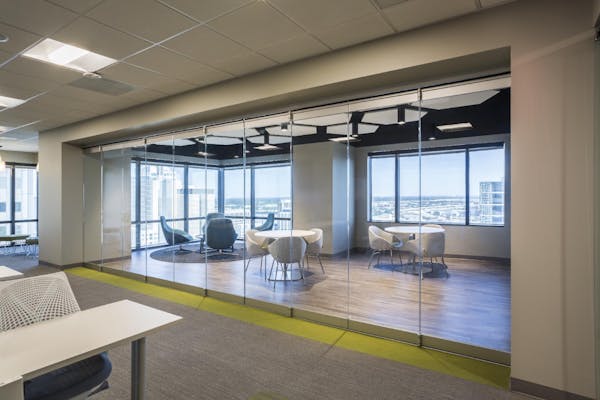 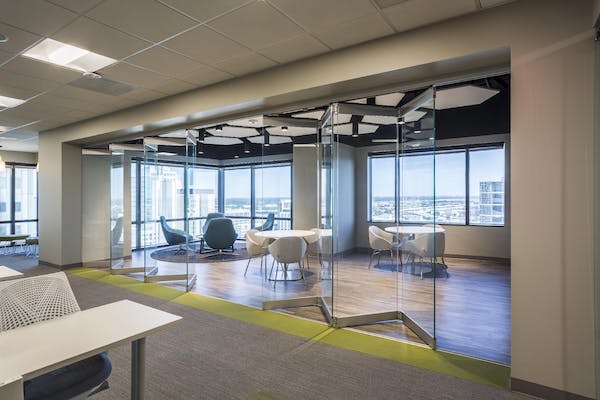 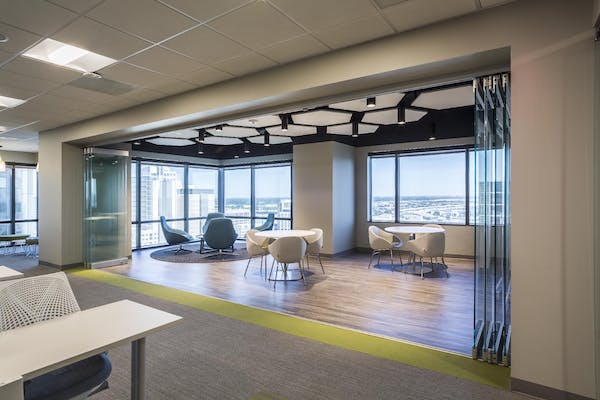 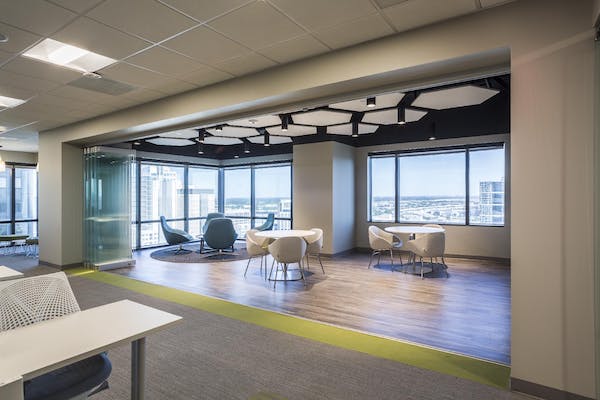 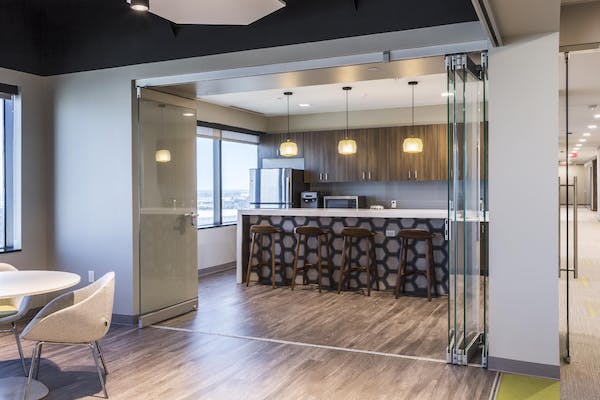 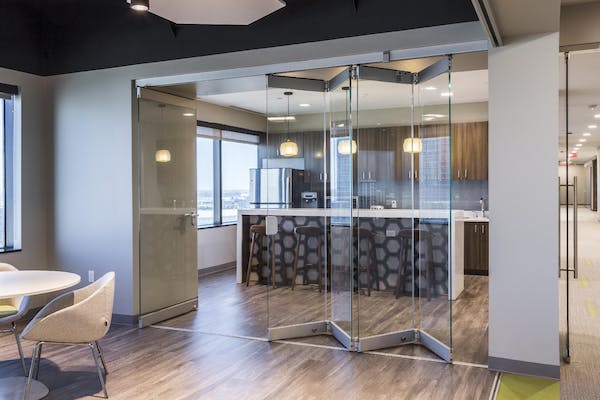 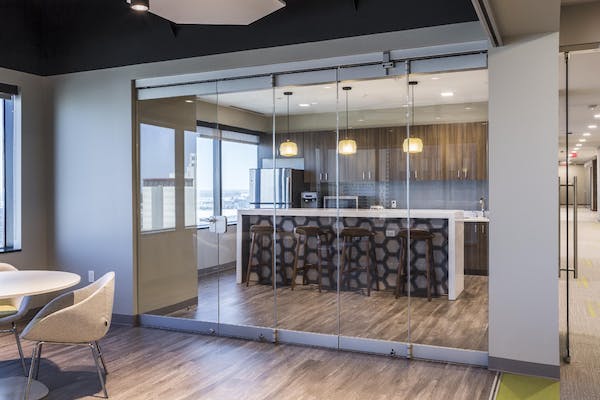 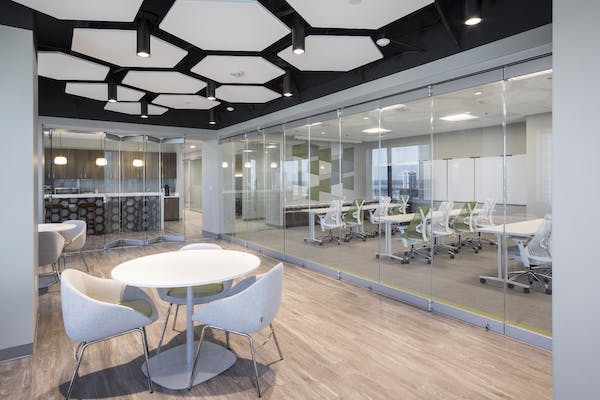 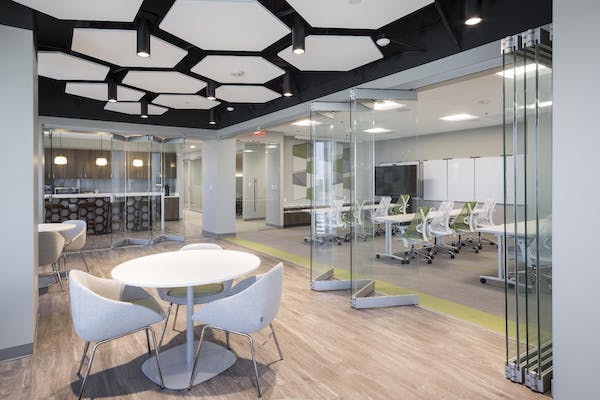 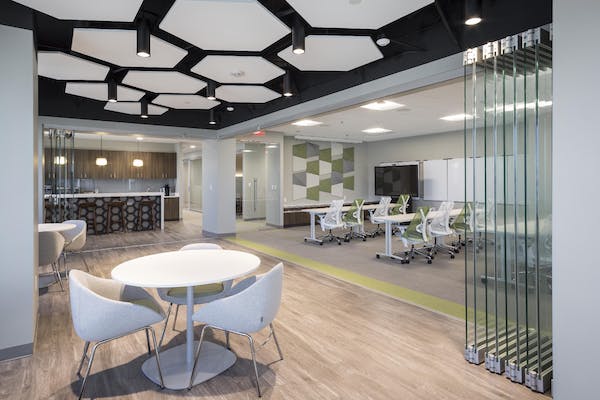 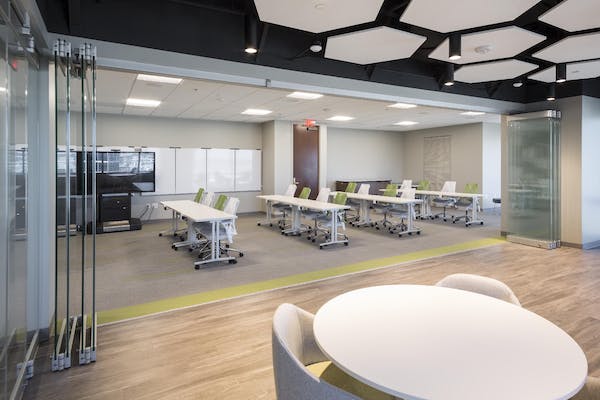 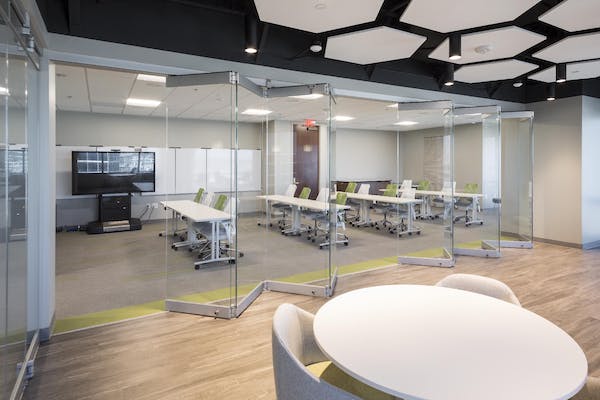 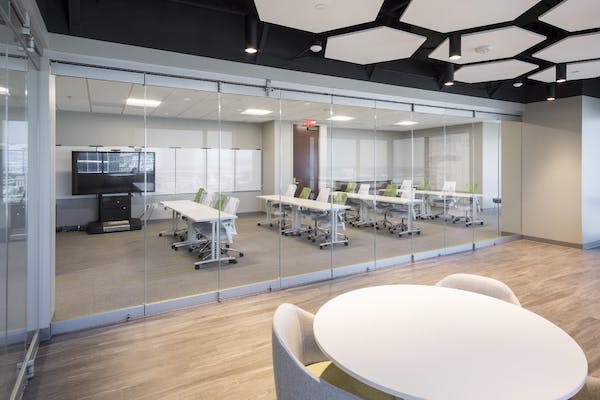 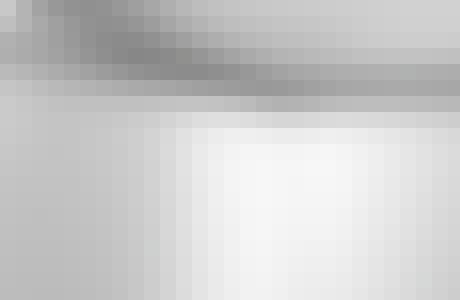